How many Stanley Cups has Sidney Crosby Won? (3, Here’s When) 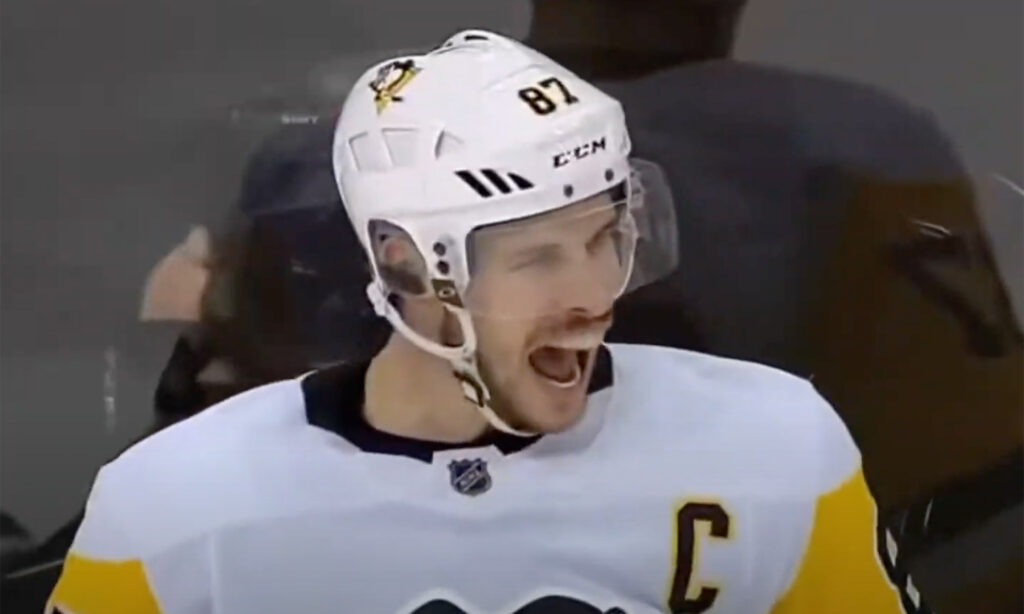 Winning a Stanley Cup doesn’t come easy in the NHL. We’ve seen players struggle until their last season to win one such as Raymond Bourque.

We’ve also seen others just fall short such as the ageless Joe Thornton.

But when it comes to generational players, the scrutiny is palpable.

The media will build up players with phenomenal talent, only to question their legendary status at any sign of struggle.

Has Sidney Crosby been treated any differently?

We take a deep dive into Crosby’s career from the moment he was drafted to the NHL in 2005.

We cover how he was able to capitalize with a rejuvenated Penguins team early on, followed by a series of worrisome injuries and return back to form.

Prior to the NHL 2005 draft, Sidney Crosby was labeled as the next generational superstar.

Right away hockey pundits and legends alike touted him as the next Great One or as third coming of Mario Lemieux – since he was to be drafted by the Pittsburgh Penguins.

The honor of second in command was none other than Jaromir Jagr, also known as Mario Jr.

Sidney would earn the nickname as Sid the Kid, perhaps because of his young, boyish look.

Or perhaps because Lemieux welcomed him to his home from day one. I mean, he actually lived at Mario’s house his rookie year (source).

Keep in mind that Lemieux was already the owner of the Pittsburgh Penguins since 1999.

Lemieux originally retired in 1994 due to back problems and cancer diagnosis (non-Hodgkin’s Lymphoma).

After having played partial seasons between 2000-04, it looks like Lemieux was going to hang up his skates for good.

But with the potential of a future legend on hand, Lemieux decided to lace them up again and take Crosby under his wing.

That was good enough for 6th overall for a, then, eighteen-year-old.

Unfortunately, the Penguins were in a rebuild mode and finished dead-last in the Eastern conference.

It only took the Penguins one year to qualify for the playoffs. At this point, Crosby was the league leader in scoring with 120 points.

Unfortunately, the Penguins lost to the Ottawa Senators in the very first round of the 2007 Stanley Cup Playoffs.

As a note, the Ottawa Senators were the Stanley Cup runner-up team that year. So, it wasn’t a disappointment on the part of the Penguins.

It was a small sign of things to come.

By Crosby’s third year in the NHL, things were starting to look in place.

However, it took a turn when Crosby suffered an ankle injury that kept him out of the lineup for 29 games.

Luckily, his teammate Evgeni Malkin took charge and helped lead the team to 2nd place in the Eastern Conference and another playoff berth.

Crosby was in full form for the playoffs and the Penguins easily cruised to a Stanley Cup final appearance. They hadn’t lost more than one game in any of the first three rounds.

If you'd like to learn more about how playoffs structure and brackets, make sure to check out my blog post here on How do NHL Playoffs Work?

But as fate would have it, they would face a powerful and legendary Detroit Red Wings’ team in the finals.

Crosby was that close to tasting a Stanley Cup early on in his career, but it just wouldn’t be.

The series ended 4-2 in favor of the Red Wings.

But this wasn’t the last you’d hear from Crosby’s team. We’re just getting started here.

While the 2008 Stanley Cup Finals proved to be tough loss on Crosby, it certainly was the only lesson needed to win big.

In 2008-09 NHL season, Crosby would go on to record his third 100-point season. That year, he actually finished in scoring behind teammate, Evgeni Malkin.

But that wouldn’t matter, as Penguins were headed back to the playoffs for a third straight year.

The Penguins weren’t the highest ranked team, but they had the top league scorers and they just came off a Stanley Cup run.

Crosby wouldn’t miss the opportunity this time. Or could he?

The road to the Stanley Cup would be slightly more challenging than the year prior, but it became critical when the Penguins faced-off against the Red Wings in the finals once again.

To make matters worse, Crosby and friends lost the first two games on the road.

In fact, the Penguins never lead the finals even once.

But they were resilient and battled back to take the series and win the series 4-3.

Following the win, things did not continue to go smoothly for the Penguins.

Over the next few years, not only would Crosby suffer two major concussions, but his team could not repeat their runs to the finals.

Between 2010-2015, the best his team can muster was a Conference Final (3rd round) appearance against the Boston Bruins.

The Penguins were swept in 4 games.

Many experts thought the Penguins were done as the dominating team. During those 6 years, only three teams were cup winners.

The Black Hawks won three times, the Los Angeles Kings twice and the Boston Bruins once.

It was not until 2016 that Crosby and the Penguins were return to the top.

In fact, not only did Crosby capture the cup again in 2016, but him and his teammates would repeat back in 2017.

By his side again was Malkin to hoist those two additional cups.