How Many NHL Games in a Season? (How many home games) 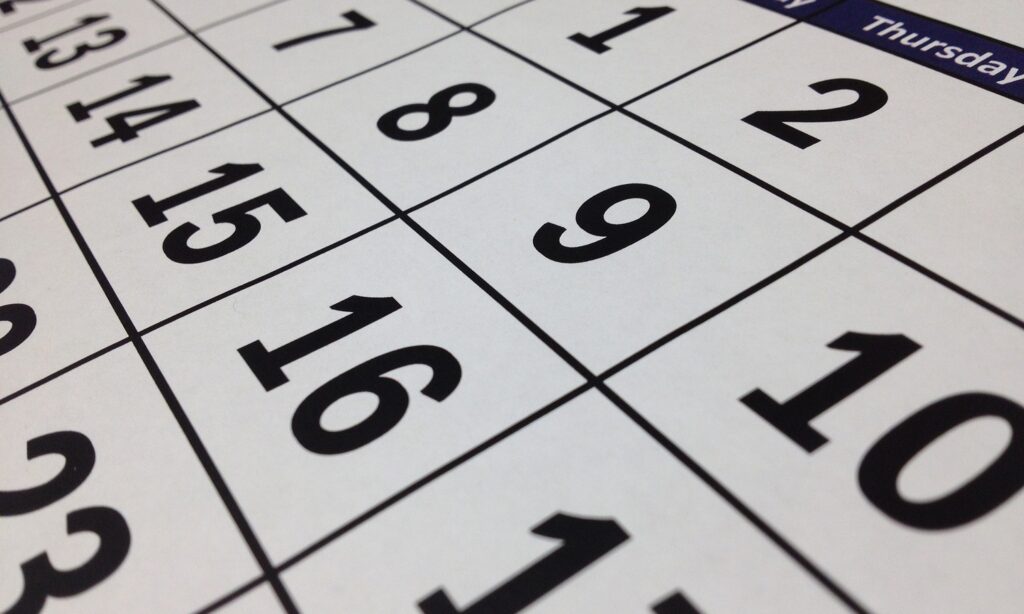 Whether it’s the start, middle or end of the season, you might have questions about the NHL schedule. Maybe you want to know the length of the grueling season.

Or maybe it’s coming down to the wire and you want to find out if you’re team will make it to the playoffs.

Although the NHL has been consistent for the last several seasons, the total games played is not always a guarantee.

So, let’s start with the burning question and then dig a little deeper…

How Many Hockey Games in a Season?

Each NHL team plays 82 games during the season which runs from October to April. Following the conclusion of the regular season, 16 teams qualify for the playoffs based on their standings. Playoff teams compete in an elimination tournament and can play anywhere from 4 to 28 additional games.

Keep in mind that teams also play preseason games and that will factor in the total number of games played, regardless if they are meaningful or not.

How many home games in the season?

Each NHL team plays 41 home games during the season. Which means that teams play an equal amount of home (41) and away (41) games throughout the regular season.

If you include the preseason and playoffs, the overall number for home and away games will increase, but not necessarily equally.

That's because teams may play an uneven amount of home and away preseason games, while playoffs is more complex.

First off, each playoff series is a best-of-seven, first to 4 wins format. The team ranked higher will play up to 4 home games vs 3 away games.

And not every playoff series goes the distance (7 games).

How many games in the preseason?

During the last 2 weeks of September, teams play between 6-8 preseason (or exhibition) games. This allows the coaching staff time to evaluate new players and get their established players back up to speed.

In this case, new players can better be described as rookies, draft picks, players from an affiliate team or recently signed to their first NHL contract.

The idea is to give them an opportunity to win a spot on opening day roster and challenge already established players.

How many games in the playoffs?

As mentioned earlier, playoff teams can play anywhere from 4 to 28 games in the playoffs.

There are four best-of-7 elimination rounds in the playoffs. The first team to win 4 games will continue on to the next round.

So, if a team loses the first 4 games in the opening round of the playoffs, they are eliminated from competition and the other team advances onto round 2.

Meanwhile, a team can play all 7 games in each round, win those series by a 4-3 margin and totaling 28 games played.

The same could be happen to the Stanley Cup Final runner up, except that they lost the last series 4-3.

Keep in mind that the Stanley Cup Champions end up winning 16 games throughout the playoffs.

If you'd like to learn more about how teams qualify for the playoffs, make sure to check out my blog post here.

How many games total in a season?

In an 82-game season, the NHL schedules 1,312 regular season games for all thirty-two teams combined.

The math is simple:

2 (each team plays one other)

Games Played by Season Since the Expansion Era (1967- present)

The 48-game season took place due to lockouts. The league also scheduled a 56-game season in 2020-21 due to COVID.

We illustrate the game count for each NHL season in the following table:

By the time the Stanley Cup is awarded, an exhausted team may have disputed 128 games in the season.

That is 8 preseason games, 82 regular season games and the unthinkable 28 playoff games.

And to top it all off, both Stanley Cup Finalists will have earned the shortest offseason amongst all NHL teams.

The Champs will likely soak up every moment of the glory, while the runner up team will have nightmares up until the next season resumes.

For the remaining teams, the season end is now an afterthought. Those players are either enjoying an extended time off with the family, beers with their buds or taking it easy on the golf course.

Next season is right around the corner. It’s almost that time to prepare for another 100-game run!