Will Connor McDavid Win a Stanley Cup? (Yes, Here’s Why) 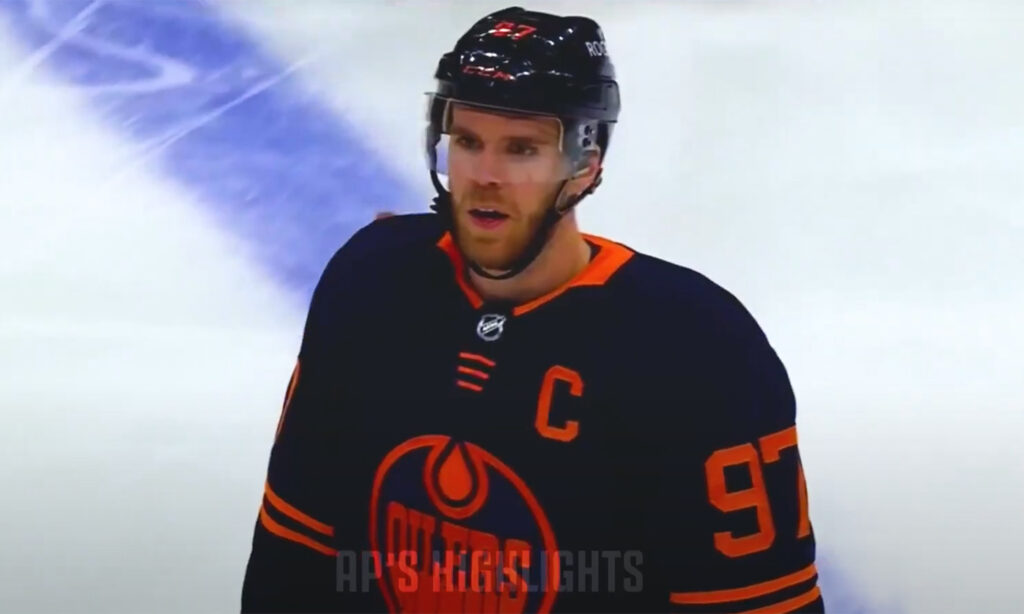 Not since the Pittsburgh Penguins drafted Sidney Crosby has there been a clear-cut offensive juggernaut like Connor McDavid.

McDavid was drafted first overall by the Edmonton Oilers in 2015.

Coming off his entry-level contract, he was the first player to sign at an average annual salary exceeded $10 million USD.

In fact, his $100 million USD over eight seasons amounts to $12.5 million USD per year (on average).

For a complete breakdown of his salary, make sure to check out my blog post here on How Much Does Connor McDavid Make?

He’s got a reliable scoring teammate in Leon Draisaitl, who’s similar in support as Evgeni Malkin has been for Crosby.

But up until the 2022 Stanley Cup Playoffs, McDavid and his Oilers have not had great success in the playoffs.

As of 2023, Connor McDavid has not yet won any Stanley Cups.

In the last playoff series, his Oilers lost in the Conference Finals to the eventual Stanley Cup champions, the Colorado Avalanche.

So, with each year going by, everyone is echoing the same question.

Is this Connor McDavid’s year? Or…

Connor McDavid will win a Stanley Cup and it will likely be with the Edmonton Oilers. History dictates that McDavid can expect the same outcome as past generational players (i.e. Lemieux, Crosby). Aside from one, these legacy players all won championships with their draft teams.

The only exception was Eric Lindros, who never managed to win the Stanley Cup at all. Besides, he never played a single game with his draft either.

For those that don’t recall, Lindros was drafted by the Quebec Nordiques, but chose not to play unless he was traded.

He was eventually traded to the Philadelphia Flyers where he became a dominant force, but no Stanley Cup to show for it.

The best run Lindros and the Flyers made was a Stanley Cup Final appearance in 1997. However, they were swept by the Detroit Red Wings in four games.

Lindros happened to lead all players in points during the playoffs.

While many will define a generational player as one that comes along every two decades, the tag has been attributed several times in the last 50 years.

By my own estimate, I count exactly 7 generational players since the 1971 draft.

We’ll get to those names shortly. Sit tight.

I used the following criteria to pick my list of generational players.

The only exception was Wayne Gretzky, only because he was drafted in the WHA – before merging with the NHL.

The first NHL draft dates back to 1963 (source). There are many players prior to then who were phenomenal players.

Some would even be considered generational as with the players on my list, but I won’t cover them here.

The players I’m talking about are listed in the following table:

*Every single cup won was with each player's respective franchise team in the NHL.

As you can see, all these players were champions or at least made a run for a championship.

It’s hard to believe that Connor McDavid will not experience a similar fate.

And when it comes to Lindros, remember that his career was plagued with injuries including several concussions.

That can literally stop a player in his tracks.

Meanwhile, Alex Ovechkin proved that if you stick to your guns, you can eventually capture gold.

It took him 13 seasons, from the day he played his first NHL game, to win the cup. There were many years in his prime that experts suggest the Washington Capitals trade him.

They felt that Ovechkin wasn’t a closer and couldn’t lead his team to the finals.

But with a little perseverance, he proved them all wrong and did the unthinkable in 2017. Congrats to Ovie!

They say that history doesn’t repeat itself, but it often rhymes.

If the Oilers management can put the rest of the pieces of the puzzle together, they can have their championship team with Connor McDavid.

With a solid starting goaltender, great rounded players and seasoned veterans, McDavid will have the supporting cast he needs.

And with his recent run to the Conference Finals, McDavid will bridge that gap and carry his team on his shoulders to the Finals.

Once he gets there, he won’t let the opportunity slip away.

Connor McDavid will proudly hold the Stanley Cup over his head. And he will cement his legendary status amongst the other greats to have played.