Which NBA team has the most wins in a season? 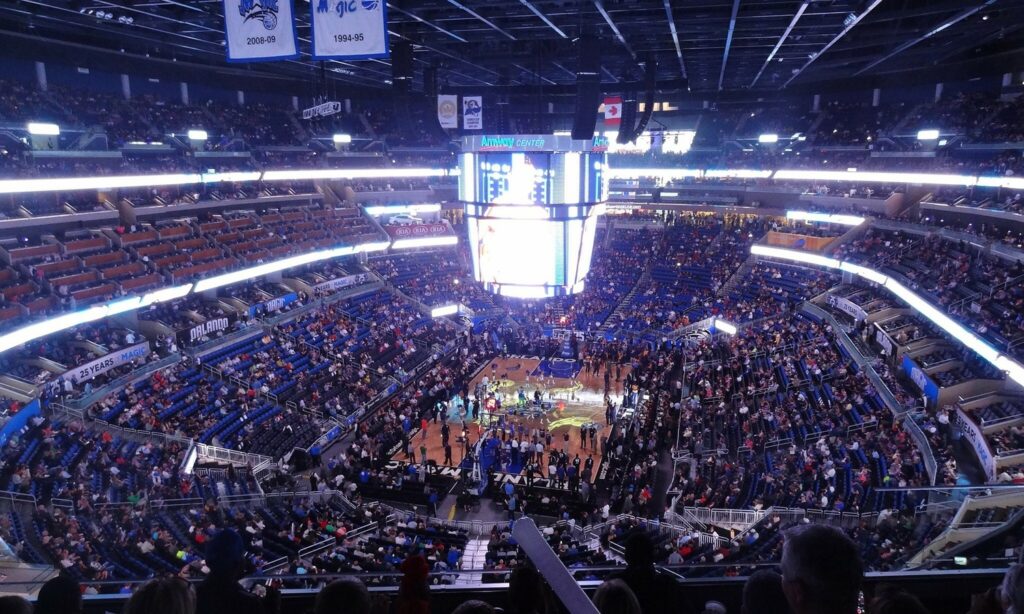 Every few seasons, we witness one or two NBA teams simply dominate the league.

During the season, you hear basketball pundits and commentators mention that a certain powerhouse team had a string of consecutive wins in row.

Or even, that this particular team hasn’t lost back-to-back games and keeps blowing their rivals out of the water each game.

In fact, we’ve seen the record for most wins in a season broken twice since the 1990s.

The original benchmark to beat was a 69-13 record set by the 1971-72 Los Angeles Lakers. Now that we know that this record was broken, who now owns the record with 70+ wins?

Which NBA team has the most wins in a season?

The Golden State Warriors hold the record for most wins in an NBA season with 73. The Warriors accomplished this feat in the 2015-16 season, finishing with a 73-9 team record and 0.890 winning percentage. They surpassed the previous record held by the Chicago Bulls since the 1995-96 season with 72 wins.

As a note, the Bulls finished the season at 72-10 and a 0.878 winning percentage. The Warriors and the Bulls are the only two teams to reach 70+ wins in a season. (source)

Unfortunately for the Warriors, they did not manage to win the championship in 2016.

While they made it to the finals, the Warriors lost to Lebron James and the Cleveland Cavaliers. The Cavs were able to come back from a 3-1 series deficit and win three consecutive games to win 4-3.

And for those wondering, the 72-10 Bulls team, led by Michael Jordan, won the Larry O'Brien NBA Championship Trophy in 1996. They won the series 4-2 against Shawn Kemp and the Seattle Supersonics.

By the way, if you want to learn how to calculate the win percentage (PCT) of each team, make sure to check out my blog post here.

Most consecutive games won in NBA

Since we were on the topic of most wins in a season, which team owns the record for consecutive victories?

While you’d figure it was the 2015-16 Warriors, they are 3rd on the list or, perhaps 2nd depending if you make an exception.

What I mean is that the Warriors actually started off the 2015-16 with 24 consecutive wins, which would land them in third place.

But they actually won their last 4 games in the season prior (2014-15), which would have them sitting at 28 consecutive victories. Again, that would rank them #2 if we included interseason streaks.

Actually, without any question, the record belongs to the 1971-72 Lakers with 33 consecutive wins.

The next best team was set by the 2012-13 Miami Heat, led by Lebron James and Dwayne Wade. The Heat managed a 27-game winning streak that year.

We could argue in favor or against the Warriors owning 2nd spot but remember that the Warriors playoff record was exempt from the count.

For the purists and the Lebron James superfans, there is no doubt who owns 2nd place – the Miami Heat.

Lastly, there are only 6 teams that cracked the 20+ win streak in the history of the NBA. Make sure to check out the full list here for more info.

As for the winningest team in NBA history, we can look at it from two perspectives. The team with the most total wins, without question, are the Boston Celtics - with 3,513 Wins (prior to the start of the 2022-23 NBA season).

However, the San Antonio Spurs have the greatest PCT (win percentage) record of any storied NBA franchise at 0.611 (or 61.1%).

But the Spurs have only won 2,261 games, having played many less games than the Celtics overall.

The Philadelphia 76ers own the record for the most losses in a season. They went an embarrassing 9-73 in the 1972-73 season. That record amounts to a dismal 0.110 winning percentage on the season. (source)

But while the 76ers lost the most games in a season, the Charlotte Bobcats own the record of least wins in a season. Back in the shortened 2011-12 NBA season, the Bobcats finished with a 7-59 record.

Their (Bobcats) winning percentage was an all-time worst at 0.106.

The Bobcats were on pace for 8.7 wins had the league played the standard 82-game season. It’s quite possible they would have finished worse off than the 1972-73 Philadelphia 76ers.

Unfortunately, we’ll never know how that would have played out.

The longest losing streak in one season is not too far behind at 26 games. This record is shared between the 2010-11 Cleveland Cavaliers and the 2013-14 Philadelphia 76ers. (source)

Unfortunately, the 76ers had a rough stretch during the early 2010’s and a rough go a few decades prior.

But no worries though, they’ve been a solid team since the 2017-18 season. Let’s hope the 76ers can turn their fortunes around and earn a 4th championship title.