Most Shots in an NHL Game 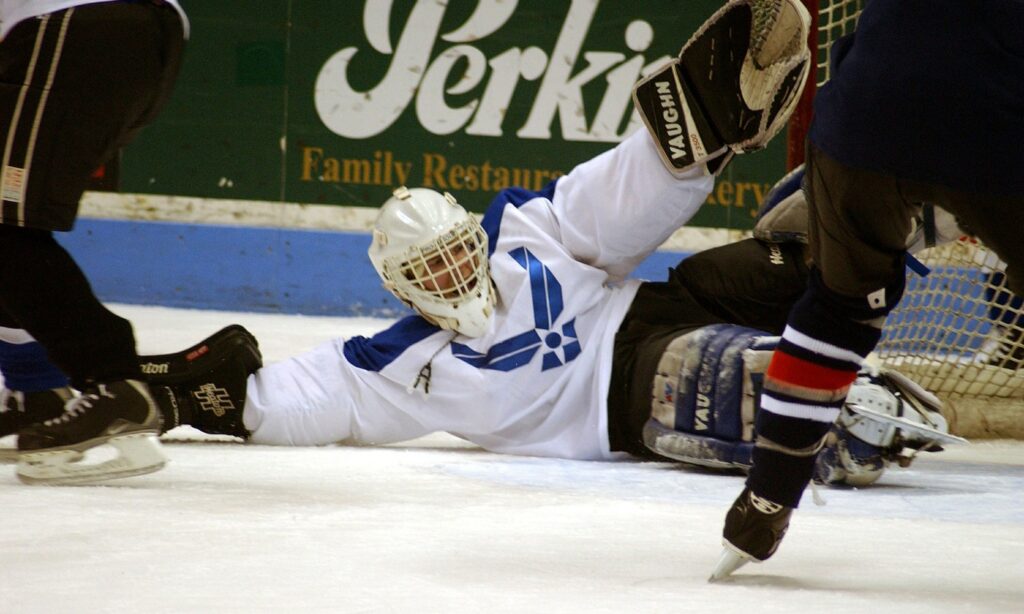 Every so often, you find yourself watching an NHL game where the ice seems tilted in favor of a particular team. Usually, it’s your own team on the receiving end – probably what you expected anyway. Your team’s offense is non-existent, while the defense can’t win a puck battle if their life depended on it.

That’s when you realize your team’s goalie is left fending for themselves being peppered with shot after shot. Suddenly, next thing you realize is that the shots against ticker is creeping up past 50 – 60 – and so on.

That’s when you begin thinking to yourself – is this the most shots ever against a goalie?

Don’t kid yourself, 60 shots against is not even close to either NHL record, both on record and unofficial count. Furthermore, you have to consider playoff games vs regular season games.

I’ll not only cover the most shots against a goalie in a game, but compare playoffs vs regular season, shots in a period and total shots by both teams.

So, let’s first answer the question you were searched for…

Most shots in an NHL game

The record for most shots in a game is 92 by the Montreal Maroons against the Detroit Red Wings back in March 24, 1936. The Red Wings actually won that game 1-0 in the sixth overtime, meaning all 92 shots were stopped by their netminder. The goalie for the Red Wings was Normie Smith, who lost 12 pounds that game.

This happened to be the longest game on record, and the winning goal is attributed to Mud Bruneteau (Red Wings) who scored at the 16:30 mark of the ninth period. The goaltender for the Maroons was Lorne Chabot.

As a note, this is actually an unofficial shot record, since shots on goal were only documented as of 1959-60 NHL season.

If you were to look up what is the record for most shots in the NHL record books, it was just set by the Tampa Bay Lightning against the Columbus Blue Jackets in August 11, 2020 (source). The Lightning managed to shoot on goal 88 times in a 3-2 overtime victory in the 4th longest game in history. The game ended at 10:27 mark of the fifth overtime.

List of Most Shots by a Team in an NHL Game

If you want to read up on the longest games in NHL history, make sure to check out my blog post about How Many Periods are in a Hockey Game?

Most shots in an NHL Regular Season game

Again, we can find both an official and official record for this feat set in the regular season. It so happens that the Boston Bruins own both these regular season shots on goal records.

On March 4, 1941, the Bruins managed to record 83 shots on net vs the Chicago Hawks. The Bruins won that game 3-2. The Hawks goalie facing the onslaught was Sam LoPresti, who saved 80 of 83 shots (source).

This official record took place in a game that featured the Boston Bruins vs the Quebec Nordiques, back on March 21, 1991. The Bruins recorded 73 shots on net that ended in a 3-3 tie (source). Nordiques goalie Ron Tugnutt stopped 70 of 73 shots in that game.

Most team shots in one NHL period

The Tampa Bay Lightning own the record for most shots in one period - 33 (source). This record was set in the 2nd period of a game against the Chicago Blackhawks on October 21, 2018. This record holds true for both regular season and playoff games combined.

Most shots in a game by both teams combined

For this, I could only track down the official records.

The record for most shots by both teams in a regular season game, stands at 104 (source). The game took place between the Colorado Rockies vs Toronto Maple Leafs on December 18, 1976. The Rockies took 53 shots on net vs the Leafs’ 51.

Kudos to all the goalies that endured the onslaught of shots against mentioned above. They’ve certainly earned my respect.

Keep in mind that the goaltenders are the only players to play the entire game. On average, they should expect to face 30+ shots per game. If you’d like to read more on the average amount of shots on net per game, make sure to check out my blog post here.

I don’t think we’ve heard the last of record shots on goal.

The level at which players are taught to shoot, such as the one-timers and the quick release snap shots, it shouldn’t surprise anyone that teams will repeat the feat - or at least come close repeatedly.