How do NBA Playoffs Work? (Changes were made) 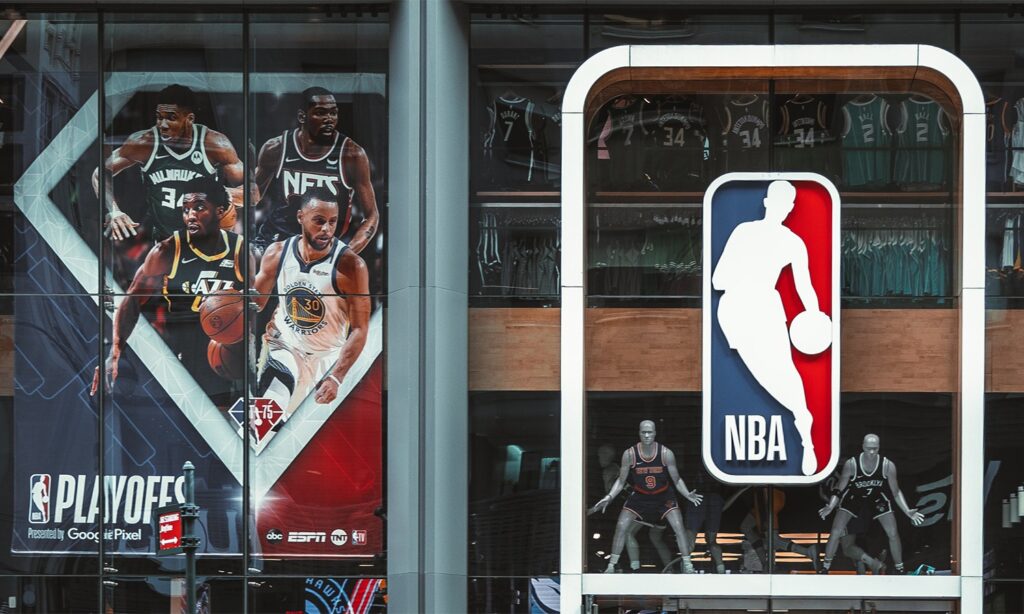 The NBA, founded as the Basketball Association of America in 1946, was made up of 11 teams split into two divisions.

Of those teams, six qualified for the playoffs – 3 from each division.

As the NBA grew in size through expansion and by merging with other competitive leagues, so did the number of teams that qualified for the playoffs.

While the NBA had gone through conference and divisional restructuring throughout the years, one thing has remained consistent since 1984 – the number of teams that make the NBA playoffs.

How do NBA Playoffs Work?

16 NBA teams qualify for the playoffs each season since 1983-84. There are four playoff rounds comprised of a best-of-seven game series. Each team to win four games in their matchup moves onto the next round until two remaining teams reach the finals. The finals winner is crowned the NBA champions and awarded the Larry O'Brien Championship Trophy.

As of 2021, the top 6 teams from each conference automatically advance to the playoffs while teams ranked 7-10 compete in a play-in tournament for the last two spots. Basically, four teams, in each conference, compete for the 7th and 8th place spots following regular season end.

Teams are ranked based on their win-loss record, which correlates to their winning percentage (i.e. Win% or PCT).

There are tie-breaking rules in place should one or more teams finish with similar records.

The tie-breaker rules can affect team position in the standings, even costing some chance at the playoffs.

In the end, you have 30 teams duking it out for sixteen playoff spots over the course of an 82-game season. Due to COVID-19 cutting the 2019-20 season short, the NBA added a play-in tournament prior to the playoffs.

Since some teams played less games than others, it was opportunity to give lower-ranked teams a shot at the NBA playoffs.

The way it worked was that teams ranked 7-10 would compete for the last two playoff spots (positions 7 and 8).

The teams that were currently ranked 7 and 8 would play each other in a one-game qualifier. The winner of the two would secure the 7th spot in the playoffs.

Meanwhile, teams ranked 9 and 10 would also play in a survival one-game qualifier known as the “Nine-Ten Game”.

The winner of this game would square off against the loser of the “Seven-Eight Game”. Finally, whoever wins that game would secure the 8th spot in the playoffs.

Essentially, the 7th or 8th team simply needs to win one game to qualify for the playoffs. The 9thand 10th rank teams must win two consecutive games for a similar outcome. Currently, the way teams are seeded in the playoffs can be explained in two parts.

First, the top six teams of each conference are ranked 1-6 based on their records.

In the first round, the top four teams of each division will get home court advantage. Not only will they host the first two games of the series, but they are also guaranteed home court for the deciding 7th game.

In each subsequent round, the winningest team during the regular season maintains home court advantage.

Like Baseball (MLB) and Hockey (NHL), the NBA deploys a Best-of-Seven series for each playoff round.

Teams battle each other until one team accumulates 4 victories in the playoff matchup. This means that teams can play anywhere from 4 to 7 games in each playoff round.

There are a total of 4 playoff rounds which are respectively called: First Round, Conference Semifinals, Conference Finals and NBA Finals.

Both finalists can play as little as 16 playoff games and a maximum of 28.

To Sweep or Not to Sweep?

It’s debatable whether sweeping your opponents is a better outcome than defeating in 7 games.

The argument is that while a team can does get rest following a short series, they be experience rust going into the next matchup.

Meanwhile, a team that just won a 7-game series is expected to be fatigued. On the other hand, it can also mean that they’re battle-ready for the subsequent round.

Personally, I think it’s more exhausting being a fan and constantly watching your team being on the brink of elimination.

I’d sleep better if my preferred team won each round by four-game sweep. But I’d be quite anxious for the next round to begin.

Remember that these athletes have played a grueling 82-game regular season just prior. So, I’m sure they’re conditioned for a long playoff run.

Of course, that probably holds true if they haven’t sustained any major injuries along the way.

While technically not part of the NBA playoffs, the addition of the play-in tournament has proven to be a winning recipe for the league.

So much so that it’s been in place for the last 3 seasons and going into its fourth.

Adam Silver, the NBA Commissioner had the following to say about it:

"The play-in tournament, I thought, was a beginning of creating renewed incentives for teams to remain competitive and be fighting for playoff position. It might be through in-season tournaments and changes in format where we can get at it."

As for the actual playoffs, I’m for the best-of-seven series throughout.

Growing up, I remember the first round being a best-of-five and I found the series to be too short.

Perhaps because I also followed hockey and didn’t realize that the first round can be more competitive.

Historically, you would see some NBA teams qualify with sub-500 records, also known as a losing record.

As recently as the 2012-13 season, you’d observe the Atlanta Hawks qualified for the playoffs with a 38-44 record.

There’s always a possibility of an upset, but it’s very rare in the NBA. The teams with winning regular season records are simply far superior.

In any case, we’ll see what the NBA has in store to further entice its fanbase.