Who is the highest paid NHL player? (Tyler Seguin..Huh?)  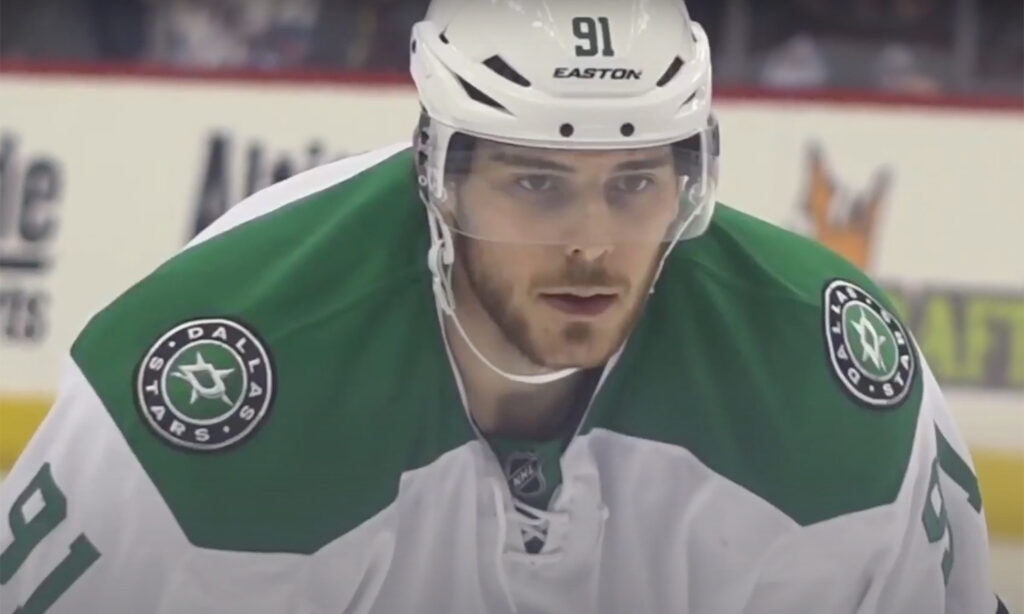 As the NHL salary cap rises, so do player salaries. That’s because players can get paid as much as 20% of the annual salary cap, set by the league.

And in case you didn’t know, the NHL salary cap is related to projected league profits for each subsequent season.

But even though we mainly see the salary cap rise year over year, it doesn’t always translate in record player salaries annually.

There are a couple of reasons for that.

For one, NHL players can sign up to 8-year contracts and they can structure it so that more money is paid up front, if preferred.

In other instances, the team can fluctuate the annual salary by +/- 35% if they choose to do so.

It doesn’t change the average annual salary, but it can provide the necessary relief in real-world dollars for some seasons.

So, with all that said…

Who is the highest paid NHL player?

While Seguin holds the highest salary for this season, he does not hold the highest annual amount to date, nor is his full contract close to an NHL record.

The highest individual season salary record belongs to Mitch Marner, who earned $16.0mil USD with the Toronto Maple Leafs in the 2019-20 NHL season.

For a full breakdown of Connor McDavid's contract, make sure to check out my blog post here.

There are other contracts that exceed the $100.0mil USD threshold, however they extended longer than the current eight-year limit set by the revised Collective Bargaining Agreement.

At the time, teams could negotiate lengthy (over 10 years) contracts that could circumvent maximum allowable annual salaries.

This was possible by frontloading payment of the contract and offering lesser amounts in the latter years.

For example, Ilya Kovalchuk famously signed a fifteen-year, $100 million USD with the New Jersey Devils back in 2010. The first ten years guaranteed him $90 million, with only $10 million to be paid in the last 5 years.

Although his average salary amounted $6.67 million USD annually, he was going to pocket $9.0mil USD, on average, for the first ten years of the contract.

The contract extended well into his 40’s, which he would never have played to anyway.

As for the largest contract ever signed, the honor goes to Alex Ovechkin who signed for $124.0 million USD over 13 years with the Washington Capitals.

That contract already expired as it ran from the 2008-09 to 2020-21 season. Ovechkin did re-sign for a lesser amount but is still producing goals (and points) at a premium rate.

The average amount he made during that time frame was an impressive $9.538 million USD per year.

To date, there have been 6 NHL players that have signed over $100 million USD contracts (source).

And now with contracts being limited to a maximum of 8 years, the $100-million will soon become the benchmark for elite player status.

It will be interesting to see how the salary cap grows over the next decade.

Should league profits continue to grow over this period, then the $100 million mark will become common place for the league superstars.

As with other professional sports leagues and as time goes on, the previous player generation sets the new benchmark for the younger talent.

Once upon a time, players getting paid $1,000,000 USD was unheard of. And here we are today with players earning life changing money.

As impressive as the NHL is when it comes to player salaries, it still doesn’t come close to what NBA players earn.

By 2025, you’ll be seeing NBA players exceeding the 60 million USD mark per season.

However, NBA players are limited to five-year contracts and they must meet certain requirements to get paid the big bucks.

While the NHL will not catch up anytime soon to the profits and fanbase of the NBA, the players are going home with respectable sums of money.

If they play their cards right and don’t overspend during their playing years, they can retire quite comfortably by the age of 35-40.

The most important thing is to hang up the skates with your health mostly intact.

Money is nothing unless you can escape with your health into your golden years.