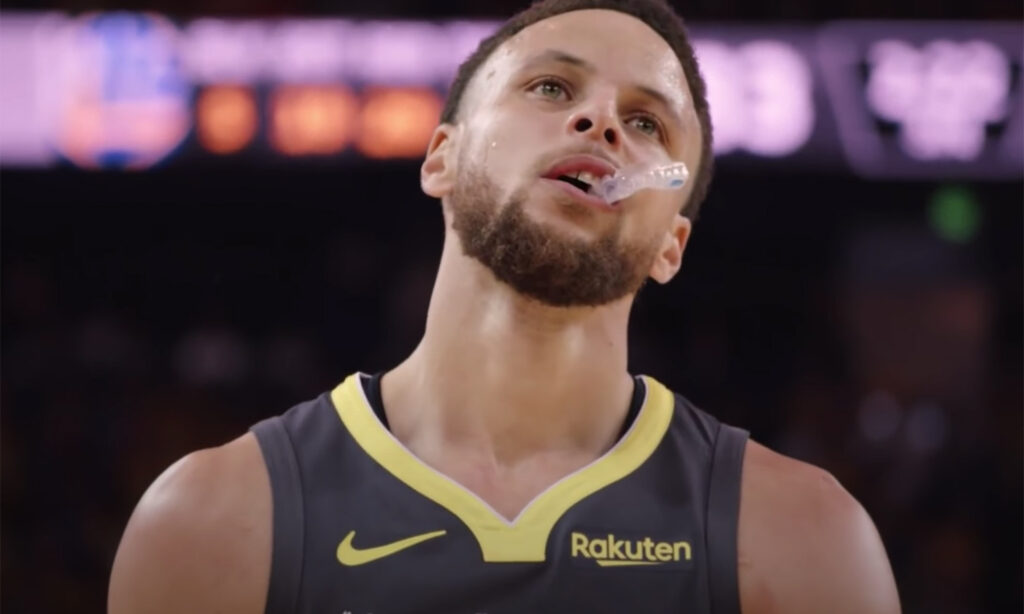 As the NBA salary cap rises, so do player salaries. That’s because NBA players can sign contracts proportionally to their team salary cap.

In fact, the upper end of that number is at least 35%, if not more, based on salary cap rules. We’ll get into that shortly.

But keep in mind that not all NBA players get paid the maximum year over year. That is reserved only for the elite, for those that can lead their team to an NBA championship.

For some, they’ll get paid the league minimum, while others will negotiate somewhere close to the NBA average (~$9.6 million USD).

Furthermore, NBA contracts are limited up to five years.

And the fifth year is player optional – meaning they can opt out if they don’t want to re-sign with their current team.

So, with that in mind, let’s answer the question you came here for…

Who is the highest paid NBA player?

For reference, see the details of Steph Curry’s contract here.

While he’ll likely be one of the top players paid through the 2025-26 season, there are four players who are already guaranteed to surpass the $60 million USD plateau.

The highest guaranteed salary of the four players is signed by Damian Lillard of the Portland Trail Blazers at $63,228,828 USD.

As of 2027-28, there are at three additional players that will join the $60 million-dollar club.

As a note, players that sign multi-year deals are not guaranteed to make more money year over year. However, the NBA collective bargaining agreement does allow for it.

In fact, a player’s salary can scale to the greater of 35% team cap or 105% of their salary their prior year under the Maximum Player Salary rules. (see General “Max” Rules)

This list will continually evolve as the newest of player contracts begin to set in. But for now, let’s take a look at the top paid players up to year 2022.

We are talking about career earnings and not just recent contract extensions.

NBA salaries are amongst the highest when you compare all big four sports (baseball, basketball, hockey and football).

For comparison, the top baseball player earns just over $43 million USD annually. That honor goes to Max Scherzer of the New York Mets.

But in order to earn the highest possible salary in the NBA, you have to meet several criteria including being drafted in the first round, earning tenure in the league and so on.

If you would like to review these stipulations, make sure to read on Super Max contracts from the NBA Collective Bargaining Agreement.

The CBA is a definite head scratcher, but you can be certain player agents and managers are on top the rules.

When your team owns the rights to a superstar, they’ll do everything possible to keep them happy.

It will be interesting to see how NBA salaries will go up in the next few years or even decade.

Will we be spoiled with $100 million USD annual earnings?

I don’t think it’s as far off you might think.