What Does PP Mean in Hockey? 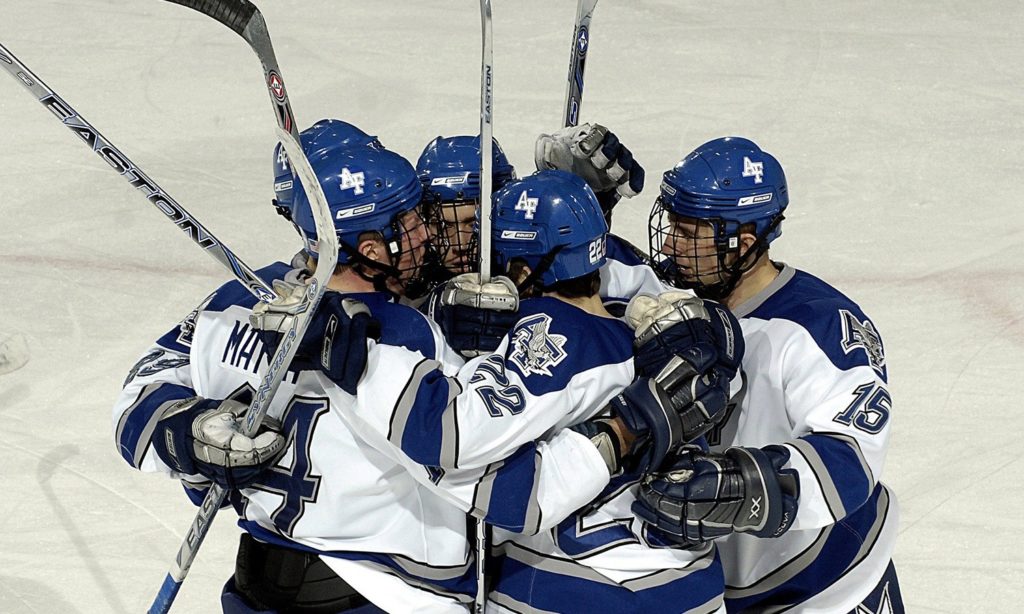 What does PP Mean in Hockey?

PP stands for Power Play in hockey. A power play is the result of one team taking a penalty, giving a numerical advantage in players to the opponent. Power plays can either be 2 (minor penalty), 4 (double-minor) or 5 minutes (major penalty) in length. And, at most, teams can have up to a two-man advantage at any given time.

If the advantaged team scores during the 2-minute power play, the penalty automatically ends.

The same applies to second penalty of a double-minor. That is, if only 2 minutes or less remaining in the double-minor, the penalized team will return to even strength.

However, if more than 2 minutes remain in the double minor (i.e. 3:05 minutes), a goal will only negate the remainder of the first penalty. The end result is a 2-minute power play for the balance of the double-minor.

During a 5-minute major, the penalty must run its course regardless of how many power play goals are scored.

The most common is the 5-4 advantage whereby a team is penalized, and the opponents are rewarded with a power play.

A 5-on-3 advantage can happen when infractions are called on:

a) separate players in the same play

b) another penalty is called during the ensuing power play

Lastly, a 4-on-3 advantage occurs if one team takes two separate penalties to the opponent’s single penalty. The penalties can result from a single play or can be called across various plays.

What happens to teams with 3 or more penalties?

Based on the power play scenarios described above, you might be curious as to what happens when a team is called with 3 or more overlapping penalties.

I will explain the procedure from the perspective of the penalized team. Assume, player A is assessed a penalty first, followed by player B and player C.

Since teams can have, at most, a two-man advantage, player C’s penalty only begins after the time of player A’s penalty expires or the advantaged team scores (assuming a minor penalty).

If player A’s penalty expires, but the play is still in action, player A must remain in the box until the next whistle and has to return to the bench during the stoppage.

Note: After returning to the team bench, Player A cannot return on the ice until the subsequent play stoppage.

If player B’s penalty expires while player A is still in the box, player A is eligible to leave the penalty box. The same applies to player B if player C’s penalty were to expire while both in the box.

During the power play, you’ll notice that teams will ice a different combination of players compared to even strength. For example, the advantaged team might ice 4 forwards and 1 defense, rather than the standard 3 forwards, 2 defense structure.

In some cases, if the team is in dire need of scoring, they may even ice 5 forwards to maximize their chances of potential.

There are several formations that the power play unit will use as a strategy including: Overload, Spread, Umbrella and 1-3-1 (covered below).

Since the teams on the power play have a numerical advantage compared to their opponents, they can better circulate the puck in the offensive zone. That’s because there’s always one player that remains uncovered by the disadvantaged team and is left completely open.

The formations and movement of players on the ice are tactics used during the power play to confuse the team on the penalty kill. In short, the advantaged team is trying to create enough time and space to the open player for a high scoring opportunity.

The most popular formation used in recent years is the 1-3-1. The lone player closest to the blueline is the point player (usually a defenseman), followed by the two wingers and the bumper. In front of the net, you have a player providing the screen.

See image below of the formation:

The bumper position helps prevent over-commitment on the wingers by the penalty killing team. If the defensive team attack the winger (in control of the puck), they can make a quick pass to the bumper for a one-timer in the slot (premium scoring area).

As a result of defending against the bumper, it allows the power play team to circulate the puck on the perimeter between the two wingers and point player.

Other strategies include the winger having the option to make cross-seam passes either to the player by the net or to the opposite winger. Effectively, the defensive team is paralyzed as they would overcommit on defense to one player, while exposing themselves to an alternate threat.

See a breakdown of the 1-3-1 formation on video here:

How do Power Plays Work in Overtime?

As you may know, during the regular season, teams play 3-on-3 during the 5-minute overtime. So, what happens if a team is awarded a power play or two in overtime?

During an overtime power play, rather than remove a player from the penalized team, the advantaged team would ice an extra player (i.e. 4-3). An additional player would be added should the team get a two-man advantage.

The shorthanded team would still have to send the penalized player to the penalty box. If their penalty expires while the play is ongoing, the player can return to the ice for even strength (i.e 4-on-4). Following a whistle for stoppage of play, the teams will return to 3-on-3 hockey.

These same rules apply for the two-man advantage.

Furthermore, if a team enters overtime with the man advantage, an extra player would be iced for the advantaged ice from the start.

Lastly, since teams play 5-on-5 during overtime in the playoffs, the standard rules apply for the power play as used in regulation time.

History of Power Plays in Hockey

Throughout the years in the NHL, there’s only been one major change to the power play rules. During a game in the 1956-57 season, Montreal Canadiens Jean Béliveau managed to score a hat trick on the same power play. The power play was a result of a 2-minute minor infraction, in which it took Beliveau to score three goals in 44 seconds (source).

Since then, teams on the penalty kill were allowed to return to even strength after a power play goal against for all minor penalties.

The power play is a component of the game that mainly benefits the team with the numerical advantage - hence the "power" in its name.

It’s important to note that the power play length doesn’t change regardless of how many goals the penalized team scores.

In fact, many NHL teams will ice some of the speediest players to work the penalty kill. Along with their defensive abilities, these players are there to capitalize power play errors. By interrupting a breakout play or intercepting a pass, the penalty killers can quickly convert the power play against into a shorthanded opportunity.

Furthermore, teams on the penalty kill can clear the puck down the ice without fear of violating the icing rule, explained in this other Gaimday article.