What are Power Play Points in Hockey? (NHL Top 5) 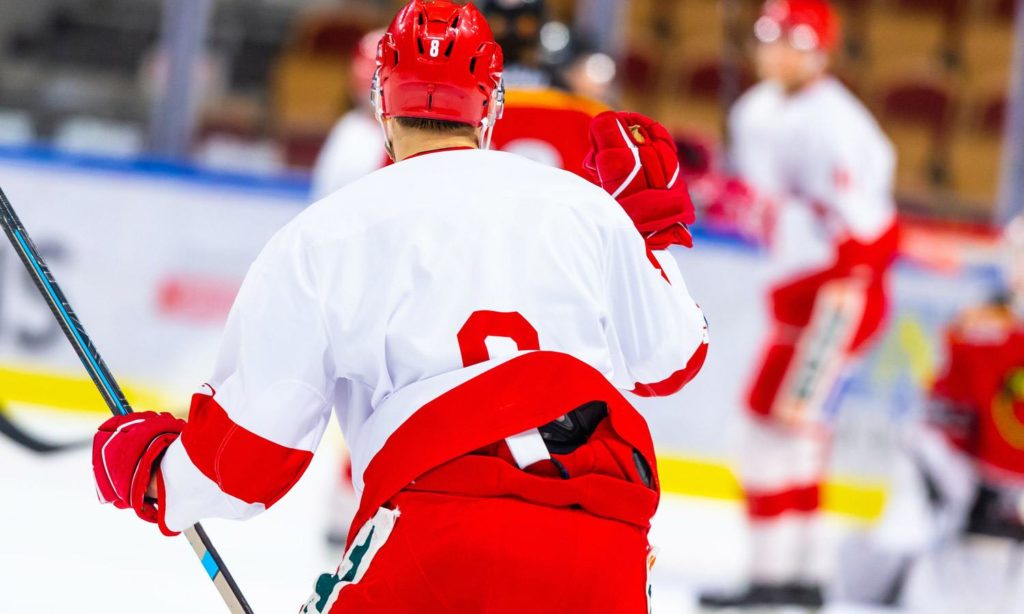 Every once in a while, you’re left wondering about the acronyms in player stats, stemming from the NHL scoring leaders for the NHL.

By now, you’ve probably figured out the 3 main player stats for goals (G), assists (A) and points (P). But as you venture further to the right of the stats columns, the terms get even more confusing.

When I quickly glance through the NHL stats, I can see that they breakdown the various ways players earn their points. They’ll highlight which players score the most game winning goals (GWG) or even overtime goals (OTG). This serves to show which players are clutch performers when the games are on the line.

In addition, they like to separate points that were earned at even strength, on the power play or even shorthanded.

One of those columns happen to be PPP which stands for Power Play Points.

What are Power Play Points in Hockey?

What is a Power Play? (in detail)

The term power play is applied when one team has more players on the ice than the other, resulting from a penalty call. The penalized team will be short at least one player, giving a numerical advantage to the non-penalized team.

A power play can result from one of 3 penalty calls: minor (2 minutes), double-minor (4 minutes or major penalty (5 minutes).

In most cases, the power play expires once the penalty clock reaches the end (0:00) or if the non-penalized team scores a goal.

An exception is made for major penalties and the first penalty of a double-minor.

5-Minute Major: The non-penalized will remain on the power play for the full 5 minutes regardless of how many goals they score.

4-Minute Double-Minor: If a goal is scored by the non-penalized team within the first two minutes of a double-minor, the penalty clock automatically goes down to 2 minutes remaining.

Example: Non-Penalized team scores with 2:30 left on the penalty clock of a double-minor. On the ensuing faceoff, any remaining time from the first penalty is removed. As a result, the penalty clock is reduced down to 2:00 minutes.

At most, the non-penalized team can have a two-man advantage at any given time. This holds true even if the 3 different players are called for either a minor or major infraction on the penalized team.

The NHL rules state that up to 2 penalty clocks (for minors & majors) can be active simultaneously per team. The penalty clock for the 3rd infraction would only start once either of the first two penalties have expired.

Lastly, if the goaltender is assessed a penalty, one of their team skaters will serve the penalty in his place.

How do Power Plays Work in Overtime?

If you didn’t know, NHL overtimes feature 3-on-3 play so long as both teams are at even strength. When a team is penalized, the power play rules apply differently.

As crazy it would be to play 3-on-2 or 3-on-1, the player count actually increases for the non-penalized team. This, in place of decreasing player count for the offending team like it being done in regulation time.

Long story short, when a team is awarded a power play in overtime, the format is 4-on-3 or 5-on-3 in their favor.

Should the penalty time expire without any goals scored, the overtime will be played 4-on-4 or 5-on-5 until the next whistle. The overtime format would then return to 3-on-3.

As you may now have realized, teams must ice a minimum of 3 skaters and a goalie (or 4 skaters) at all time during the game.

Do Power Plays Carry Over to the Next Period?

Yes. Power plays do carry over to every period except to the shootout.

If the overtime period ends with leftover power play time on the clock, the remaining time is lost.

How are Power play Points Counted?

In addition, power play points are not awarded to goals or assists obtained on a delayed penalty call, nor the moment when the penalty expires. That is, the penalty expires for the offending team, but the player couldn’t make it back on time to prevent a goal against.

However, there is one stat that is not monitored specifically during the power play. That is the plus value in the plus-minus player column (+/-).

On the power play, a player will not get the +1 should their team score while on the ice. Yet, all non-offending skaters on the ice will get a -1 if the penalized team scores shorthanded.

What Percentage of NHL Goals are Scored on Power Plays?

Make sure to check out my blog post where I break down the location and deadliest shot type for all 7577 goals last season (read here).

Furthermore, 4251 points were accumulated by all power play skaters (excluding goaltenders). That makes up 20.9% of the total points awarded to all skaters on the season.

The line of Nikita Kucherov, Steven Stamkos and Brayden Point were a dominant force on the power play in 2018-19. All 3 players accounted for 123 points for Tampa Bay Lightning, far greater than any other offensive line combination in the NHL. The next best power play line consisted of Mike Hoffman, Jonathan Huberdeau and Aleksander Barkov with 104 points - as a note, Keith Yandle was on defense.

Below is an example of the Tampa Bay Lightning power play at work.

Playing on the power play on your team is considered a great privilege, especially at the NHL level.

For the most part, the best shooters and puckhandlers are called upon by the coach for the opportunity to score. These players usually play on the first two scoring lines (5-on-5) or consist of the top defensive pairing.

More recently, teams have started icing 4 forwards and 1 defenseman on their main power play unit to further ignite the offense. There’s always the risk of having a forward play defense on a shorthanded rush. However, the reward of playing more offensive talent on the power play far outweighs the risk of being scored against.

In the end, teams have a better chance of scoring on the power play compared at even strength. That’s because the non-offending team dominates puck possession, shot opportunities and offensive zone time over the opposition during a power play.