What is a Hat Trick in Hockey? (Gretzky Record) 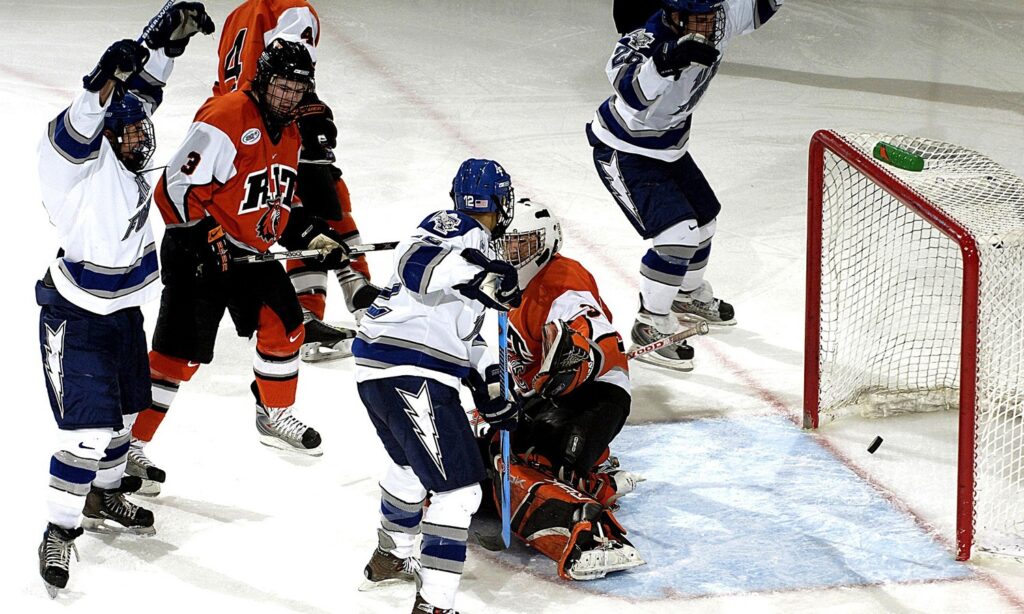 What is a Hat Trick in Hockey?

A hat trick is the result of a hockey player scoring 3 goals in a game. If you are watching or attending the game, you’ll likely witness audience members tossing their hats onto the ice. This is especially expected if the player is playing at their home arena.

Why is it Called a Hat Trick?

Prior to the hat-tossing tradition for the hat tricks of today, players were actually awarded with a free hat for completing the feat.

The Hockey Hall of Fame officially recognizes businessman, Sammy Taft, as the pioneer for offering a free hat in exchange for players scoring three goals in a game. The first player to be awarded a hat was Alex Kaleta of the Chicago Black Hawks (in 1946).

It should be noted that some newspapers were using the term “hat trick” to describe players scoring three goals as early as the 1930s and 1940s.

Furthermore, a Montreal-based store called Henri Henri also rewarded players with hats between the years of 1950-1970. Players who scored a hat trick during a game in the Montreal Forum were treated to the free hat, regardless of the team they played for (source).

Hat Trick Origins from the Sport of Cricket

In fact, the term “hat trick” originates from the sport of Cricket dating back to 1858. It was first attributed to the bowler, H.H. Stephenson, playing for all-England team. Stephenson managed to hit the stakes behind the batter three straight times.

Confused to what this means? So were we when writing this article, and hence included a video demonstrating a cricket hat trick:

Following the match, the stakes were collected and used to purchase a hat for Stephenson for his achievement (source).

Congrats again to H.H. Stephenson – but let’s turn back our attention to hockey! We continue by exploring variations of the hat trick just below.

What is a Natural Hat Trick in Hockey?

What is a Gordie Howe Hat Trick?

There is also another known hockey hat trick, attributed to a certain player’s playing style and known as the Gordie Howe Hat Trick.

The Gordie Howe hat trick is the result of a player scoring a goal, assisting on another goal and getting into a fight in a game.

To date, Rick Tocchet achieved the most Gordie Howe hat tricks with 18. Howe, himself, accomplished the feat twice over his career.

Change to Minor Penalties Because of the Hat Trick

During a game in the 1956-57 season, the Montreal Canadiens Jean Beliveau managed to score a hat trick on the same power play. The powerplay was a result of a 2-minute minor infraction, in which it took Beliveau to score three goals in 44 seconds.

Since then, teams on the penalty kill were allowed to return to even strength after a power play goal against for minor penalties (source).

If you an explanation as to what is a Power Play, make sure to check out our blog post here.

List of NHL players with the most hat tricks

In case you were wondering, Wayne Gretzky owns the greatest number of hat tricks over the span of any player’s career with 50.

Below, we’ve included a list of the top 10 NHL players with the most hat tricks (source).

The only active player currently on this list is Alex Ovechkin, with 27 hat tricks. As such, we’ve included a video of him accomplishing the feat over the course of one of these games. In fact, this was an Ovechkin natural hat trick against the Los Angeles Kings.