Most Points in an NHL Game 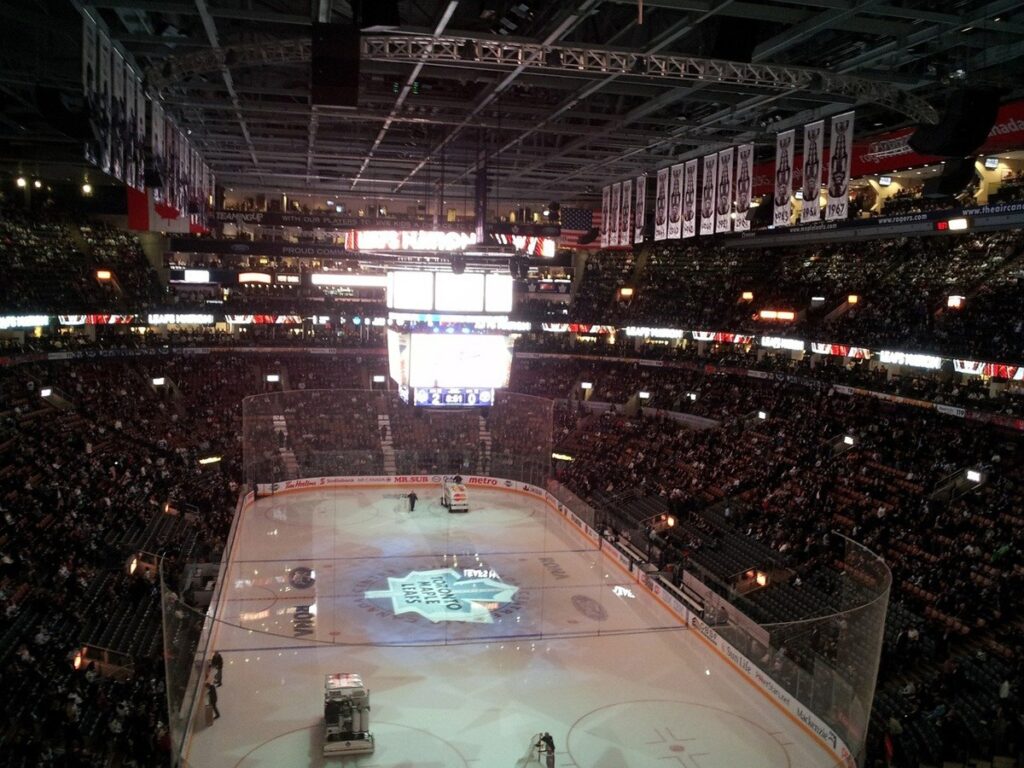 Every so often, NHL players literally seem like their game is on fire. Game in and game out they are scoring at will and accumulating endless amount of points.

A few years back, that would regularly be Sidney Crosby and Alex Ovechkin. Today, it’s most likely coming from Connor McDavid and Leon Draisaitl.

But on rare occasions, the points seem to pile on in a single game.

So, who exactly owns the single game points record in NHL? How many points did they actually register and when?

Most Points in an NHL Game

10 points - A record set by Darryl Sittler in a single game, playing for the Toronto Maple Leafs. Sittler registered 6 goals and 4 assists, including two power play goals. The Leafs beat the Boston Bruins by a score 11-4 on that now famous day of February 7, 1976.

The game has certainly changed over the years. For starters, goaltenders are more efficient at stopping pucks be it from much more rigorous skill development and larger equipment size.

If you were to compare a game from the 1970’s versus today, you’d notice how more structured today’s NHL has become.

Lastly, star players simply don’t get as much ice time as back in the day. Most teams now role 4 full lines and enforcer (or fighting) line is no longer necessary.

For those that didn’t know, the 4th line used to be made up of fighters to protect star players. These players weren’t very skilled and were only placed on the ice to shift momentum or send a message to the other team.

Because of all the changes mentioned above, it is not very often we see today’s players come close to Sittler’s record, regardless if your name is McDavid, Crosby, Ovechkin or others.

For the record, the more recent player to challenge Sittler’s point record was Sam Gagner with 8 pts. Gagner registered 4 goals and 4 assists in a game against the Chicago Blackhawks on February 2, 2012.

Below is a list of the top 15 players that hold the most points in an NHL game.

As a note, there are 48 players that have registered 7 points in game. However only Joe Malone accomplished the feat by scoring 7 goals.

Most Points in an NHL Game - Top 15 Players

Most Points in an NHL Period

The most points in an NHL Period is held by New York Islanders player Bryan Trottier with 6 pts. Trottier recorded 3 goals and 3 assists in the second period versus the Rangers on December 23rd, 1978. The Islanders won the game by a score of 9-4.

There are an additional 20 players that reached 5 points in a single period, followed by a slew of players with 4 pts.

Most Points by a Rookie in an NHL Game

Another interesting stat that the NHL keeps track of is the most points in a game by a rookie. Everybody remembers Auston Matthews recording 4 goals in his NHL debut for the Toronto Maple Leafs.

This is very impressive, especially for his first NHL game ever. But how does that stack up against the record for all NHL rookies?

Although impressive by Matthews, he only got half way there!

The record most points for any game in their rookie year is held by the duo of Anton Stastny and Peter Stastny in the 1980-81 for the Quebec Nordiques. In a game the Nordiques beat the Washington Capitals 11-7, both Stastnys’ registered 8 pts each.

Again, this was for any one game in a player’s rookie year. But the NHL is kind enough to keep track of the points record for all rookies in their first game.

Most Points by a Rookie in their first NHL Game

Unfortunately, he doesn’t own that record either – he’s tied for 3rd on the all-time list. For all rookies in their first game, the points (and goals) record honor goes to both Harry Hyland and Joe Malone way back in the 1917-18 NHL.

They both scored 5 goals each, on the same day (December 19, 1917), for two separate Montreal franchises.

Hyland managed the feat for the Montreal Wanderers against the Toronto Arenas. The score was 10-9 in favor of the Wanderers.

Malone recorded the 5 goals for the Montreal Canadiens against the Ottawa Senators in a 7-4 win.