How Many Personal Fouls in the NBA? 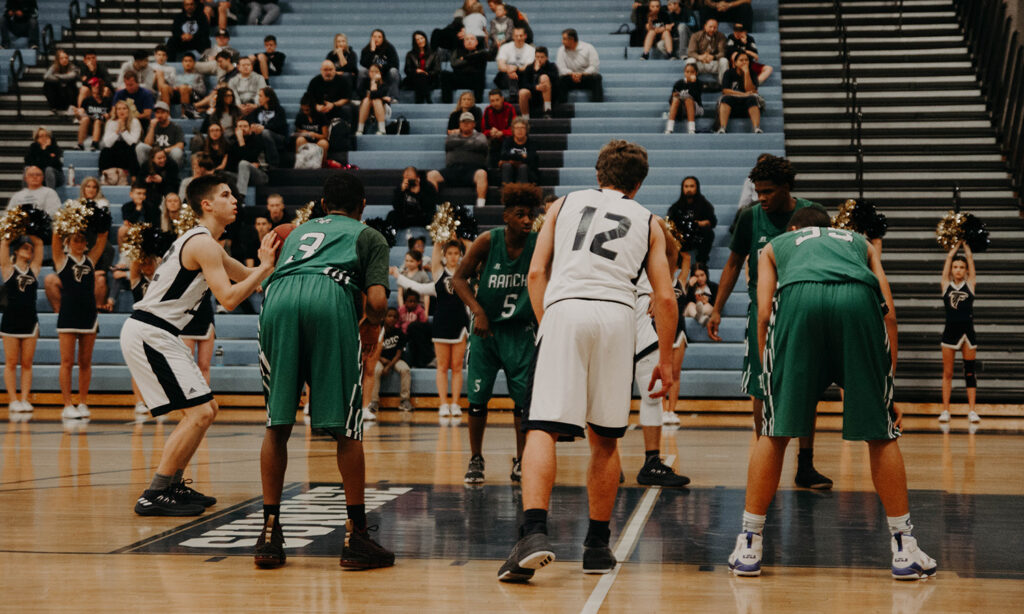 In basketball, a personal foul is described as an illegal personal contact with a member of the opposing team.

Players can get fouled either during an offensive or defensive possession.

For example, if a defensive player makes contact with an opponent while in the process of shooting, they’ll be assessed a defensive foul.

Also, if a ball-carrier charges their opponent while rushing the net, they will be assessed an offensive foul.

Meanwhile, there are also loose-ball fouls, but the penalty is dependent on which team was last in possession of the ball.

Fouls can also occur between two players where the ball is nowhere in sight.

While we know that players are assessed fouls, is there a limit to how many fouls a player can amass?

Or to ask the question in another way…

How Many Personal Fouls in the NBA?

NBA players are limited to 6 personal fouls in each game. Once a player is assessed their sixth foul, they are automatically ejected for the remainder of the match. They are not permitted to return even if the game goes to overtime.

This is why players are pulled out early in the game if they get into foul trouble.

You’ll see coaches swap out a player if they’ve accumulated two fouls in the first quarter of a game.

Coaches manage a player’s foul situation just as much as their playing time so that they’re available at crucial moments in a game.

And nothing is more crucial than a tight game late in the fourth quarter.

In some cases, you’ll have players take a personal foul strategically.

Maybe it’s to hinder a team’s momentum or force a player to the foul line, rather than allow the easy basket.

One thing to note is that not all fouls are deemed equally.

Whether intentional or not, fouls can be regarded as personal (standard) or flagrant (more severe).

Flagrant fouls are described as excessive or unjustified contact with a player on the opposing team.

Players that are assessed a Flagrant 2 foul are immediately ejected for the remainder of the game.

It’s important to note that all Flagrant 2 fouls are subject to review by the referees. This is only to confirm that the call on the court was justified.

Meanwhile, players assessed with a Flagrant 1 foul can remain in the game.

Should they commit another flagrant foul during the same match, they will be expelled as well.

Lastly, all personal and flagrant fouls are treated separately. Players with 4 personal fouls will not be dinged with a fifth should they get called for a flagrant.

When you look up the original rules of what constituted a foul in basketball, you’d be surprised.

Aside from the many fouls used today, it also included:

- Travelling or running with the ball

- Holding the ball with arms or body

Furthermore, prior to the introduction of free throws, players would be removed from play automatically following a second foul.

Players were assessed a penalty, removed from court, and could only be reinstated following a successful bucket.

Ultimately, players would be awarded anywhere between 1-3 free throws following a foul while in the process of shooting or if a team is in penalty situation (aka bonus situation).

Just to be clear, a player goes to the free throw line typically when they were fouled in the process of shooting.

If they sink the bucket while fouled, they’d be awarded with one free throw.

Otherwise, free throws are automatically awarded when a team reaches its fifth total foul in a period or two fouls in the last two minutes of a period.

Basketball can get very physical at times and the foul rules can best keep players in check.

Remember, we are dealing with players over 200 lbs and 6 foot 6 inches on average.

While we wouldn’t compare a personal foul to tackle or sack in football, they can impede a player’s ability to play.

For the most part, basketball isn’t be considered a contact sport. But there is still plenty of physicality involved.

And when the hits become more vicious, players can get ejected from the game with possibility of suspension.