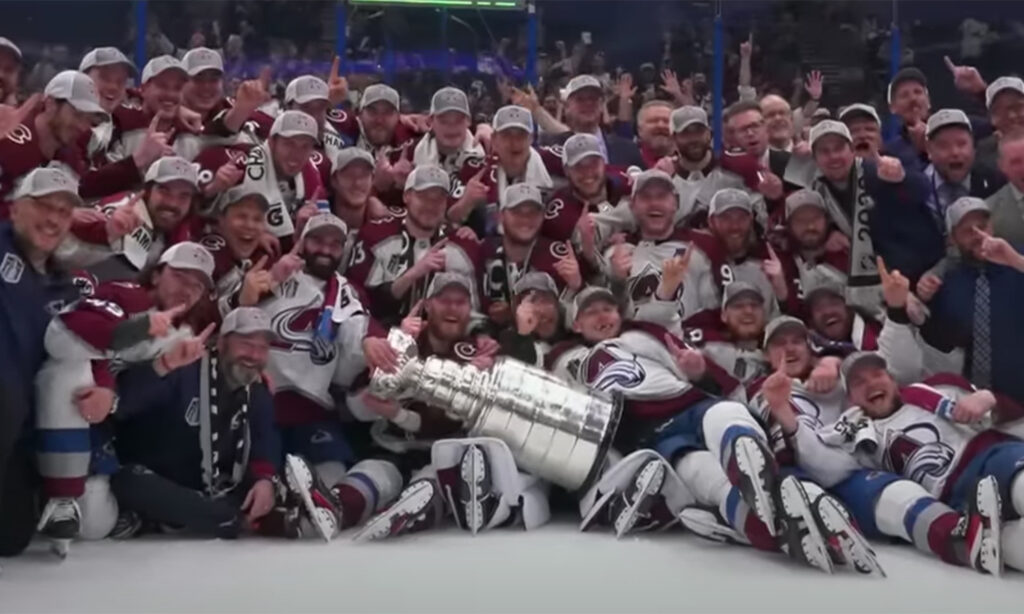 From the start of training camp, NHL teams are evaluating players to assemble their season roster. These individuals invited to training camp include:

By the end of pre-season, every NHL team needs to cut down their roster by releasing players, sending them back down to the minors or reassigning them to their junior or college teams.

We’ll get to this roster size in short order, because it only provides a baseline for the NHL player count, not an actual number.

The reason is that things can change throughout the season. Teams will have injuries, calls ups, demotions, delayed player signings and more.

So, let’s get straight to the question and provide a definitive answer.

How Many Players are in the NHL?

There were 1,123 players that played one or more NHL games in the 2021-22 season. Of those, 1004 were skaters and 119 were goaltenders. NHL rules state that each team must have a 23-player active roster by the start of the season. Furthermore, only 20 players (18 skaters + 2 goalies) are allowed to suit up for each game per team.

But teams can also have up to 50 players under contract, both at the NHL level and minor leagues.

This contract ceiling comes in handy when teams can’t fulfill the minimum 23-person active roster due to injury or other circumstances.

The key is that up to 50 players can be signed to a Standard Player Contract (SPC), so it’s not a hard value. The only requirement is that a minimum of 24 players, including 3 goaltenders, are signed to the team SPC.

Beyond that, teams have a 90-player maximum reserve list. The reserve list is made up of the Standard Player Contracts and unsigned players including draft picks for up to 2 years, or special consideration (beyond 2 years) for US College and European players.

Because of all this, the answer to how many players are in the NHL remains fluid every year.

It’s nice to see the value for 2021-22, however I’m sure you’re interested in figures from previous seasons.

So, here’s a list from the last 10 NHL seasons.

*Note that these numbers do not include healthy scratches or backup goaltenders that were never assigned to play. The stats are only for the NHL regular season. Prior to the 2017-18 season, there were only 30 NHL teams.

As described earlier, there are several roster numbers to keep in mind.

I’ve put these limits in a table with the absolute maximum player count for 32 teams.

Each team must submit a 20-player roster for each game based on players available from the active roster. The 20-player game roster can change on a game-to-game or daily basis.

The game roster is usually submitted just prior to the start of each game. Normally, teams will submit a list of 12 forwards, 6 defensemen and 2 goalies. However, the coach may choose to mix up his count of forwards and defensemen (ex: 11 forwards, 7 defensemen).

The one exception is that if both goaltenders in game get injured, the team is allowed to replace them with an Emergency Backup Goaltender (EBUG). This was necessary in the game against the Carolina Hurricanes and Toronto Maple Leafs on February 22, 2020.

Both Carolina goaltenders got injured during the game and the team was required to sign the Toronto Marlies Zamboni driver, David Ayres to finish the contest. (source)

If you want to read more about how the EBUG prevents games from ending in a forfeit, along with the history of forfeited NHL games, check out my post here.

Also, should a team ice an ineligible player during a game, the NHL has existing rules in place.

Just like the Game Roster, the Active Player Roster can change on a game-to-game or daily basis. The 23-player roster limit is in place from the end of preseason until the NHL trade deadline (in February). After that, teams can have up to 50 players on their active roster, provided that they’re signed to a Standard Player Contract.

Up to 50 players can be signed to Standard Player Contract each season. This includes all players on the active roster list, injured-reserved and in the minors.

Most of the time, teams will purposely not meet the 50-player threshold in order to make roster changes during the season. These changes can include trades, picking up players on waivers or delayed player signings.

As mentioned earlier, the reserve list is made up of the Standard Player Contracts and unsigned players.

Draft picks fall under the category of unsigned players – their rights still belong to the team even though they aren’t under contract.

Again, the actual number of NHL players will fall somewhere between the Active Player Roster and Standard Player Contract limit count each year.

As you can see, the answer to your question is the classic “it depends”. That’s because it depends on the reason you searched for the question in the first place.

Were you interested in the hard number of players that play in an NHL season?

Maybe you’re writing a report to figure out how many players earn NHL or minor league contracts.

I’ve even seen studies trying to calculate the percentage of players that go from a youth hockey program to breaking into the NHL.

The whole point of my report was to give you an overview of all the possibilities.

The player count increased significantly with the introduction of the Seattle Kraken.

We've now crossed the 1,000-player mark and will likely stay on that mark for the near future.

Should the league decide to tinker with expansion again we'd see all 4 roster limits increase by another multiple of one.