Can an NHL Team Forfeit a Game? 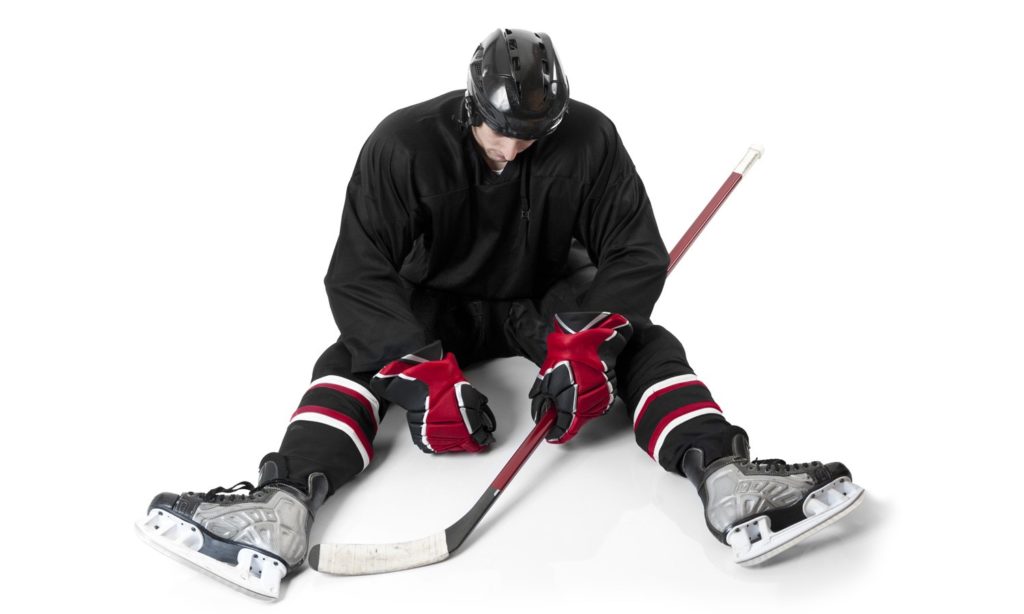 NHL games can vary in length based on several factors.

In the regular season, games are made up of at least three 20-minute periods.

When a game ends in a tie after regulation time expired, teams are required to play a 5-minute sudden death overtime. Should the score still remain tied, the game will be decided by shootout.

During the playoffs, teams still play three 20-minute periods at minimum. If the score remains tied after regulation, teams will play sudden death overtime periods (of 20 minutes each) until a winner is decided.

If you’re interested, you can check out the full set of rules in the NHL rulebook (source).

But what happens when one team cannot start or continue playing a game due to unforeseen circumstances?

What if an incident were to take place that was beyond control of the team itself? For example, when unruly fans interrupt a game in progress?

Can an NHL team forfeit a game?

A team will forfeit the game if they do not comply with all of the league’s provisions set in the NHL Rulebook. The referee will declare forfeiture of the game, following the approval from the Commissioner (or designee). The final score would be 1-0 in favor of the non-offending team, whether the game never commenced or was already in progress.

You can review the information in Section 9 Rule 66 of the NHL rules (source).

Here is one more interesting tidbit about the forfeit rule.

If both teams were to not comply with league provisions, the game would automatically be awarded to the visiting team.

Did an NHL team ever have to forfeit a game?

To date, there were only 2 NHL that were forfeited and both involved Montreal clubs (source).

The first incident took place during the 1917-18 NHL season.

On January 5, 1918, the Montreal Wanderers were prepared to host a game against the Toronto Arenas. However, the Wanderers arena went up in flames before the game was ever played.

As a result, the Wanderers had to forfeit both this game and the subsequent game to end not only their season, but the franchise as well.

The second incident took place during the 1954-55 NHL season to the Montreal Canadiens.

It all started the game before, when Hall of famer, Maurice Richard was suspended for the remainder of the season. Richard took exception to a high stick by Hal Laycoe on the Boston Bruins and decided to retaliate with stick work of his own. While Richard attacked Laycoe using his hockey stick, he also punched referee Cliff Thompson, who was trying to break up the altercation.

The following game, on March 17, the Canadiens were forced to forfeit their game. They played host to Detroit Red Wings to an already hostile crowd who didn’t agree with the suspension. Furthermore, NHL President Clarence Campbell was in attendance in Montreal, causing fans to riot and attack Campbell directly.

With control lost, the fire marshal had to intervene and halt the game from further being played. The Montreal Canadiens were forced to forfeit the game in the end.

To date, the NHL never had to forfeit another game.

However, there have been several games that had to be postponed whether before the start or already in progress. The latest incident happened when Jake Bouwmeester, on the Saint-Louis Blues, suffered a cardiac episode on the bench in a game against the Anaheim Ducks. The game took place on February 14, 2020 and was postponed to a later date.

There was a relatively recent forfeiture that took place at the AHL level - the primary development league for the NHL – on January 10, 2020.

Prior to the start of the game, the Toronto Marlies assistant, 39-year-old Rob Davison, suffered a seizure. The team was in a state of shock and the players decided to forfeit the game to the Texas Stars rather than play. The game resulted in a Stars win by a score of 1-0 as per the AHL rules (similar to NHL).

For more details, check out the article here.

What effect would forfeiting have in the standings?

Furthermore, the non-offending team would earn an extra goal in the “goals for” column and the win would be awarded as a Regulation Win.

The same would apply regardless if the game reached the overtime or shootout prior to being forfeited. The offending team would sacrifice the overtime point if the game was not completed as expected.

What effect would forfeiting have in the playoffs?

Should a team have to forfeit a game in the playoffs, the non-offending would earn one win in the best-of-7-game series.

There is a way that teams can forfeit the banked point in the standings when they reach overtime. Although this is not an actual game forfeiture, teams are at risk of losing a point on a legal play.

So, what is this little-known overtime rule?

According to Section 10, Rule 84.2 of the NHL rule book (2019-20), if a team were to pull their goalie and a give up a goal against, they would forfeit the extra point originally earned for ending in a tie through regulation time.

There is one exception though.

The team that pulls the goalie can still earn the extra point if the opposing is being called on a delayed penalty. That is, if the non-offending team scores an own-goal while the goalie is on the bench, they still get the extra point.

Would a team have to forfeit a game if no goalie is available to play?

With the David Ayers story dominating the sports world, the following question came to mind.

Would a team have to forfeit a game if a goaltender was not available to replace the both incapacitated roster goalies?

For those who don’t know, 42-year-old David Ayres is the Zamboni driver for the Toronto Marlies (AHL Leafs affiliate). He is also the designated emergency back up goalie (EBUG) for NHL games in Toronto. On February 22, 2020, he was asked to fill in for a depleted Carolina Hurricanes goalie roster­ in the 2nd period.

After handing Toronto the lead, Carolina surged back to win the game. The final score was a 6-3 for the Hurricanes, earning David Ayres the NHL win.

For more on the Ayres story, check it out here.

I, myself, started to wonder what would happen if the emergency goalie were to get injured as well? Would a player on the Carolina Hurricanes be able to dress in goalie equipment and play?

To my surprise, this is also addressed in NHL 2019-20 rule book (Section 2 Rule 5.3). The rule states that players can put on goalie equipment if both roster goalies are unable to play.

In the end, there's almost no chance that a game will be forfeited due to any goalie being unavailable to play. The team roster would have to be severely depleted to the point that there’s not enough skaters to fill a minimum roster.

The possibility of forfeiting a game at the NHL level is very real, but highly unlikely.

In addition, we now know that teams can forfeit a game due to excessive fan incitement. Just look again over the Maurice Richard suspension in 1955.

We’ve also seen something similar at a Major League Baseball game, more recently, back in the 1994-95 season.

The incident happened between the Los Angeles Dodgers and Saint-Louis Cardinals on August 10, 1995.

First off, Dodger fans in attendance were first treated to free baseballs by the team.

Towards the latter part of the game, fans became rowdy and were also upset by a missed strike by the umpire. As a result, a few free balls were thrown back on the field.

When one of the fan balls were thrown back during an active play, the umpire halted the game and awarded the win to the Cardinals.

In the end, forfeiting a game has a couple negative consequences to the offending team.

They would lose potential points in the standings and they give up a point in the goal differential column.

The goal differential can also affect where a team lies in the standings for two or more teams tied in points.

You can read more about goal differential in my blog post here. Learn how the NHL uses the DIFF stat to rank one team over another in the standings.