What is Forechecking in Hockey? 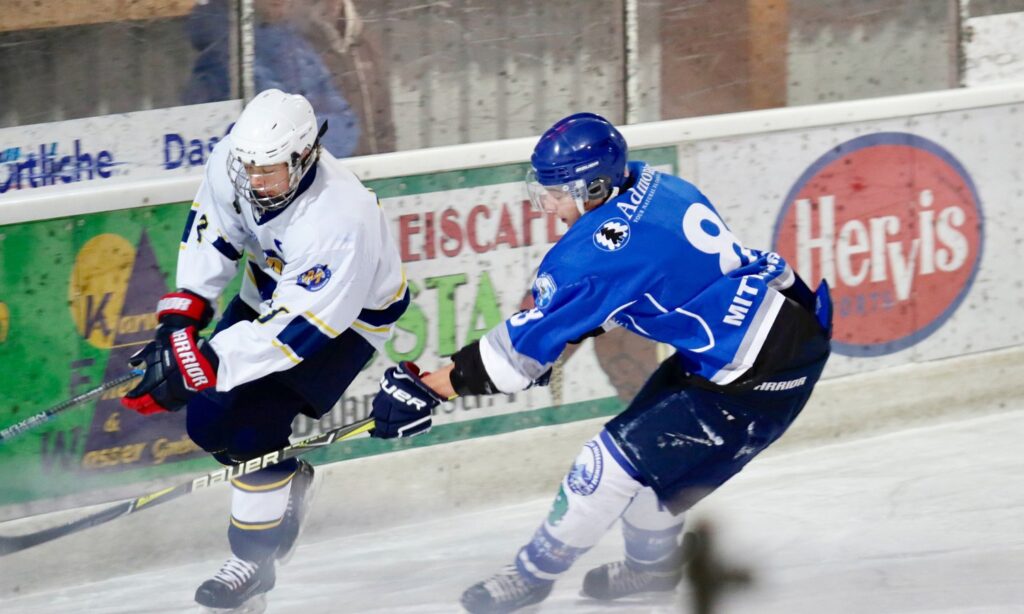 Hockey is a sport where teams are constantly battling one another for puck control and outscore their opponent.

In the NHL, teams that aren’t in control of the puck are expected to work their tails off to retrieve it.

In fact, players train hard on optimizing their game away from the puck. These drills require teammates to work in unison with a breakdown of individual assignments for each player.

The end goal is to check your opponents off the puck, regain possession and go on the offensive.

There are two types of puck checking tactics: backchecking and forechecking.

Let’s focus on the strategy you researched – forechecking.

What is Forechecking in Hockey?

Forechecking is a strategy employed by teams to regain control of the puck in the offensive zone. Teams will apply the forecheck following a rebound, on the dump-and-chase or an offensive-end turnover. It is considered a defensive tactic using checking to disrupt your opponent and separate them from the puck, while in the offensive end of the ice.

In a typical forecheck scenario, you’ll see anywhere from 1-3 players applying pressure in the attacking zone. The main player is either chasing after a loose puck or hounding the puck carrier. The other two players would be cutting off the anticipated pass recipient or cover a clear-out attempt along the boards.

In the past, those 3 forecheckers would unquestionably be the three forwards on the team. But in today’s game, you’ll occasionally see a defenseman (on the attacking team) go behind the goal line to assist in puck recovery.

In that case, it’s up to one of the forwards (usually the centreman) to cover for their out-of-position defense.

If you ever catch this scenario during a game, you’ll notice the defenseman retreat within a second or two if they can no longer be effective on the forecheck.

These strategies are carried out normally in the offensive zone but are also employed in the neutral zone as well.

Furthermore, strategies are described as aggressive or conservative.

The first number in the “forecheck number system” represents the player chasing after the puck.

When it is a three-number system, the middle value represents the secondary support to the primary forechecker.

The last number represents the players holding the line should the opposing team get the puck past the initial forecheckers.

Let’s take a deep dive into each strategy:

The 1-4 Forecheck Strategy is the least aggressive of all the strategies. This system dictates that only one player pursues the puck in the offensive zone while the other players sit back and hold the line against a counter offensive.

The purpose of sending in one player only is to cause some annoyance to the puck carrier.

The intent is to have the forechecker slow down an offensive breakout, pressure the carrier in passing off the puck to a certain area of the ice or manage to gain puck control.

As a note, the odds of recovering the puck using the 1-4 Strategy are slim. The 1-2-2 Strategy is the most common strategy employed in a game. It’s your standard strategy used when the game is close in score and/or there remains plenty of time on the game clock.

The primary forechecker puts pressure on the puck carrier (opponent), while the two other forwards play a supporting role. These two forwards are there to break up a pass attempt, grab a loose puck or help along the boards.

The two defensemen basically wait until the play comes to them. They will play a more active role if their teammates recover the puck or retreat if the forecheck fails.

The 2-1-2 Strategy is a more aggressive approach on the forecheck. Here, the forechecking team is sending two players deep to retrieve the puck, while the third forward hovers around the face-off circle nearest to the puck in the offensive zone.

Should the two deep forwards successfully turn over the puck the 3rd man high can jump into the play. Otherwise, he can retreat on the backcheck.

Meanwhile, as mentioned before, the two defensemen wait for the play to come to them. The 2-3 Press Strategy is an aggressive forecheck employed in the first few shifts of a game or period.

The objective is to send two forwards deep in the zone and hound both defensemen down low with the purpose of checking them off the puck. The two other defensemen and forward on the forecheck are lined up at the blue line ready to apply pressure.

Should the opposing team pass the puck along the boards, the nearest defenseman will challenge that player for the puck. This is illustrated in the image above.

If the puck is passed up the middle of the ice, it's the responsibility of third forward (F3 - usually the centreman) to pressure the puck carrier.

There are other more aggressive and non-aggressive forecheck strategies. Those include the 3-2 Press (highly aggressive) and the extremely defensive 1-3-1 strategy where the most advanced player doesn’t press for the puck.

The 3-2 strategy can be described as a form of offensive blitz to recover the puck. It might be used when there’s little time left for the opposing team to mount an attack, but still enough time for your team to squeeze out a scoring opportunity.

You may have heard of the 1-3-1 strategy, also known as the trap. Because of the highly passive forecheck tactic, this play usually transitions into a team backcheck.

But make no mistake, the trap (1-3-1) is essentially applied to force the opposition to give up the puck.

To demonstrate how passive the forecheck is carried out, check out this video of the Lightning vs Flyers game a few years back. The Flyers were basically goading the Lightning players to pressure the puck carriers.

If you are a lifelong beer league hockey player, don’t expect to ever apply these strategies with your teammates in any cohesive fashion. Proper forechecking is an advanced coaching strategy that even most professionals have difficulty mastering. This is especially true for backchecking.

While some players make it through their young career with raw talent alone, they quickly learn that these advantages disappear at the NHL level. In other words, the playing field is a lot stronger.

Because of this, they need to quickly improve their game away from the puck. Those that employ their coach’s strategies will prove successful, while others may end up with a short professional career – despite their raw talents.