9 Hockey Leagues to Join in Montreal 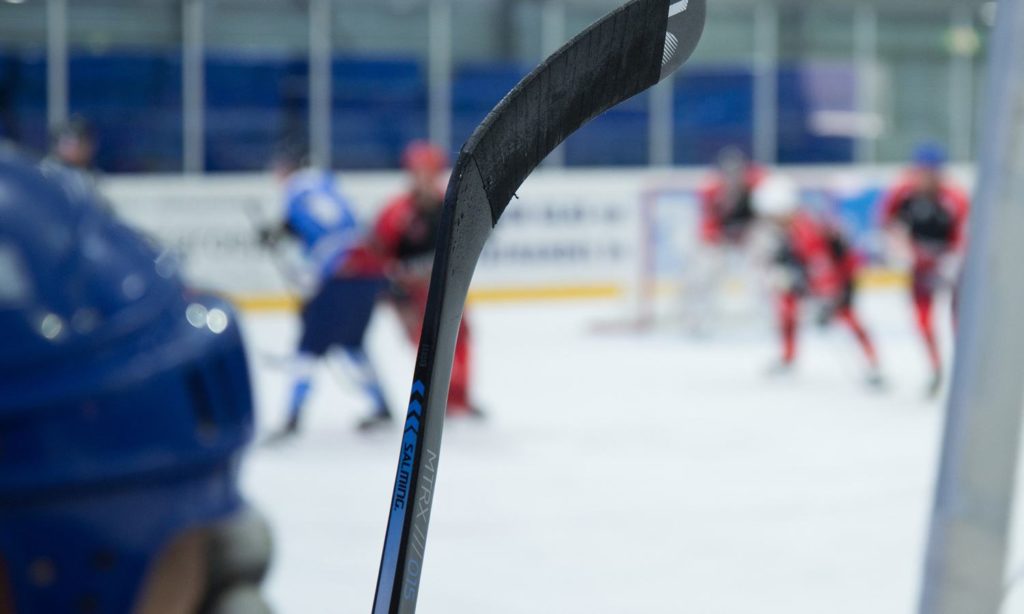 Is your team ready to join one of many hockey leagues in Montreal this season?

You’re interested in joining a beer league in Montreal.

You want a league that provide stats and standings for bragging rights as well.

Did you discuss with your friends about putting together a team before the new season begins, but still haven’t made a decision yet?

Which adult leagues are open to recruiting new teams and where can you sign up?

We all know that there’s always somewhere to suit up for ice hockey around Montreal.

Where can I play beer league hockey in Montreal?

The leagues in our list all have one thing in common - they have both Summer and Winter seasons.

Click on each of the names to scroll down to a more detailed description.

From there, you will find info on the play format (example 5-on-5 or 3-on-3), the number of teams and divisions, venue locations and more.

The list only includes beer leagues for ice hockey. If you are looking for ball hockey leagues to join, check out our complete list here: Montreal Ball Hockey Leagues.

DWHL is the largest beer league for 5x5 competition on the island of Montreal. The league has 150+ teams and 29 divisions between Winter and Summer seasons.

You can even register your team for Weekday or Sunday Divisions.

Each new team goes through an evaluation process to determine which division they are best suited for.

Lastly, two referees and a time keeper assigned for each game. DWHL guarantees every team a minimum number of regular season games + playoffs no matter their ranking.

The games are scheduled at various arenas in Montreal, but generally at Sportplexe Pierrefonds arena. 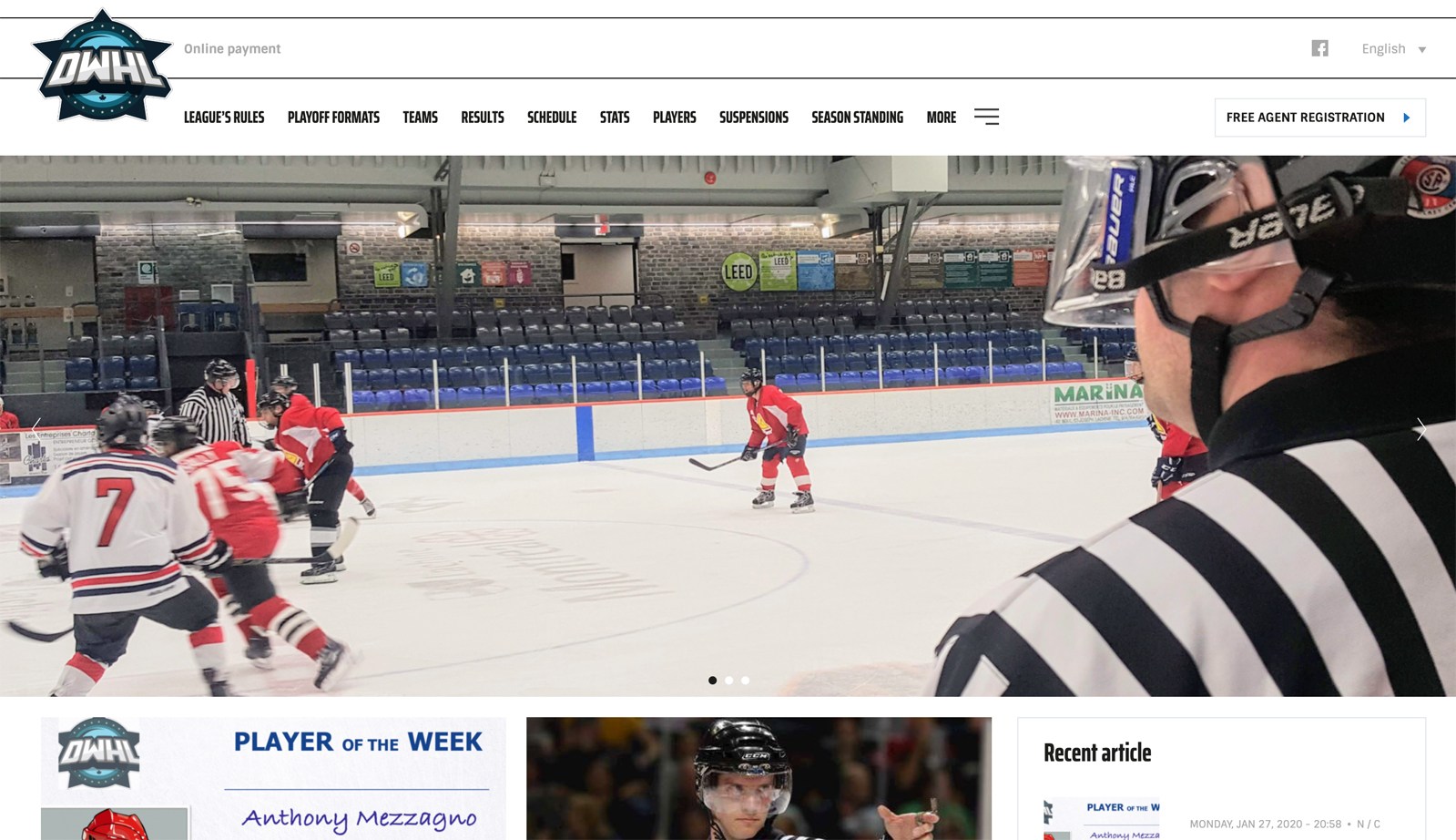 With close to 200 teams and 30+ divisions annually, they are easily the largest league supporting both 5x5 or 3x3 competition.

In addition, the league offers both summer and winter seasons catering to various player calibers.

If you live in or around Northern Montreal, LHS Hockey should be a the top of your recreational hockey radar. 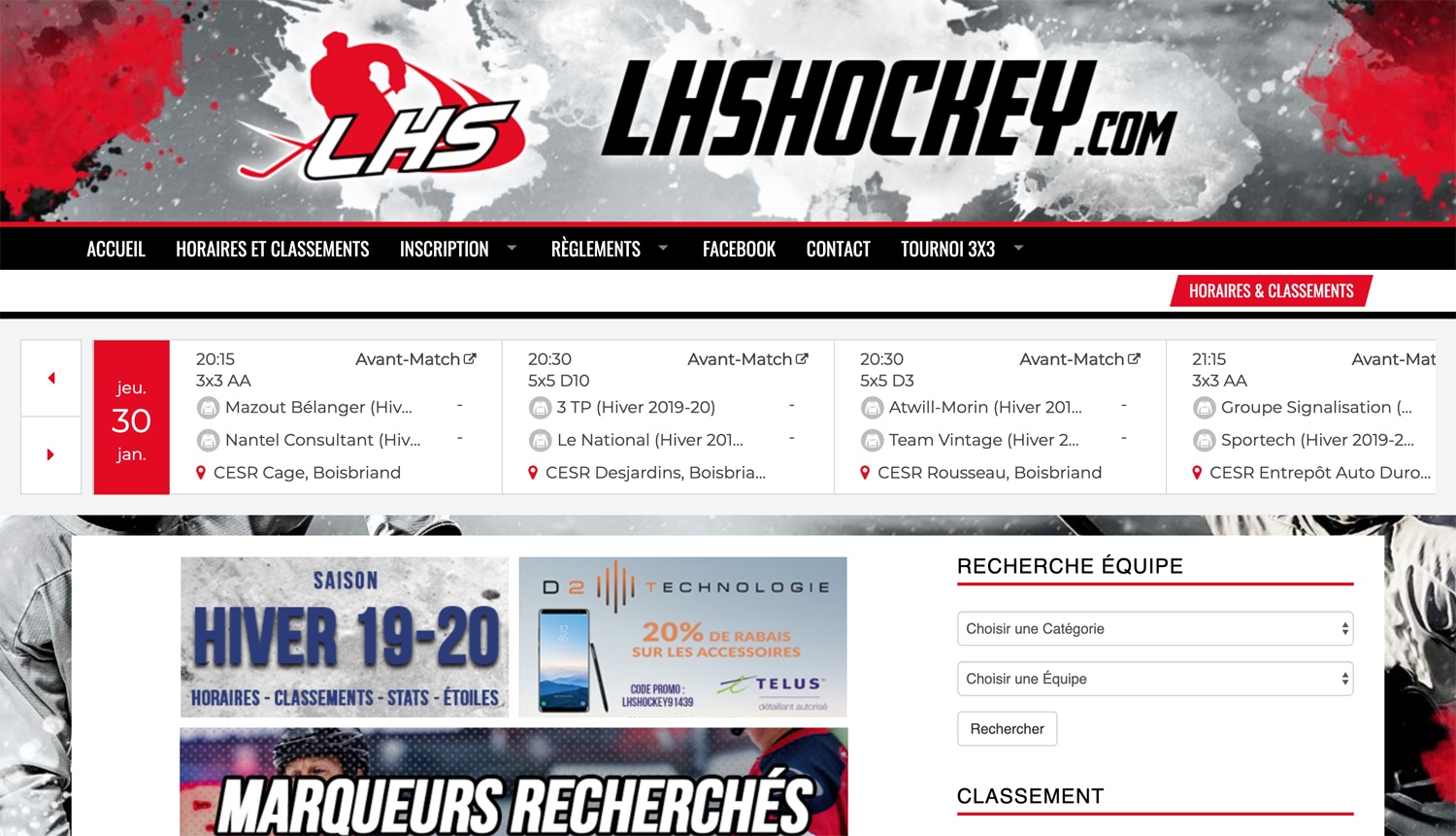 Located in the West Island, Excellent Ice Kirkland is synonymous with 3-on-3 Hockey in Montreal.

If you live in the area, this should definetely be your go-to league. Make sure to register your team ahead of time and get ready to sharpen your 3-on-3 skills.

Furthermore, both the summer and winter seasons consists of over 30+ teams annually and 5 divisions, with qualified referees and timekeepers. 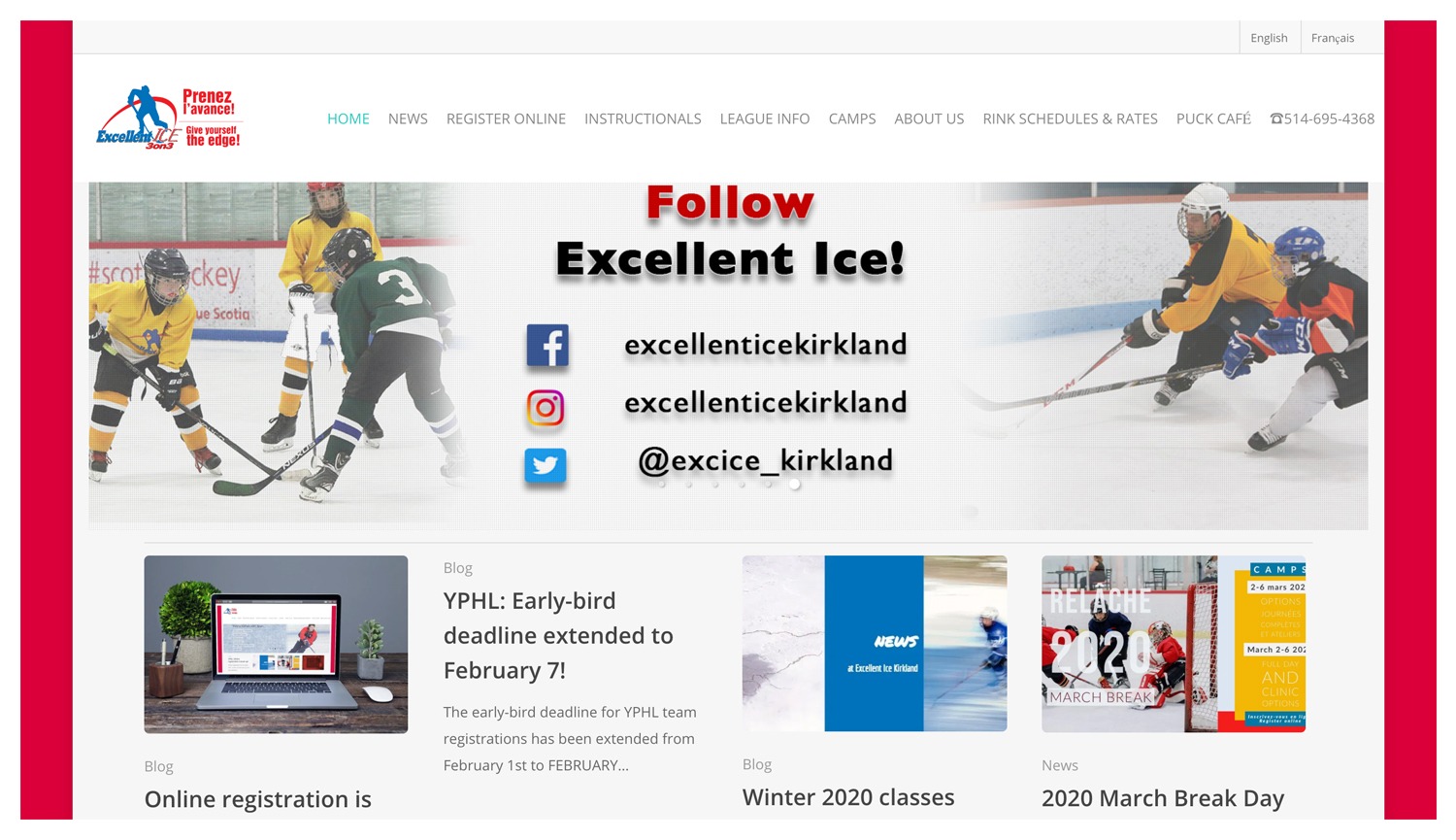 Their games are all hosted at Complexe Sportif Guimond in Laval, so you don't need to commute to different locations every week.

With close to 30+ teams and 5 divisions each season (both Summer and Winter), your team will fit right in no matter the competition.

Lastly, the arena is off autoroute 440, opposite to Sports Rousseau - the hockey megastore. 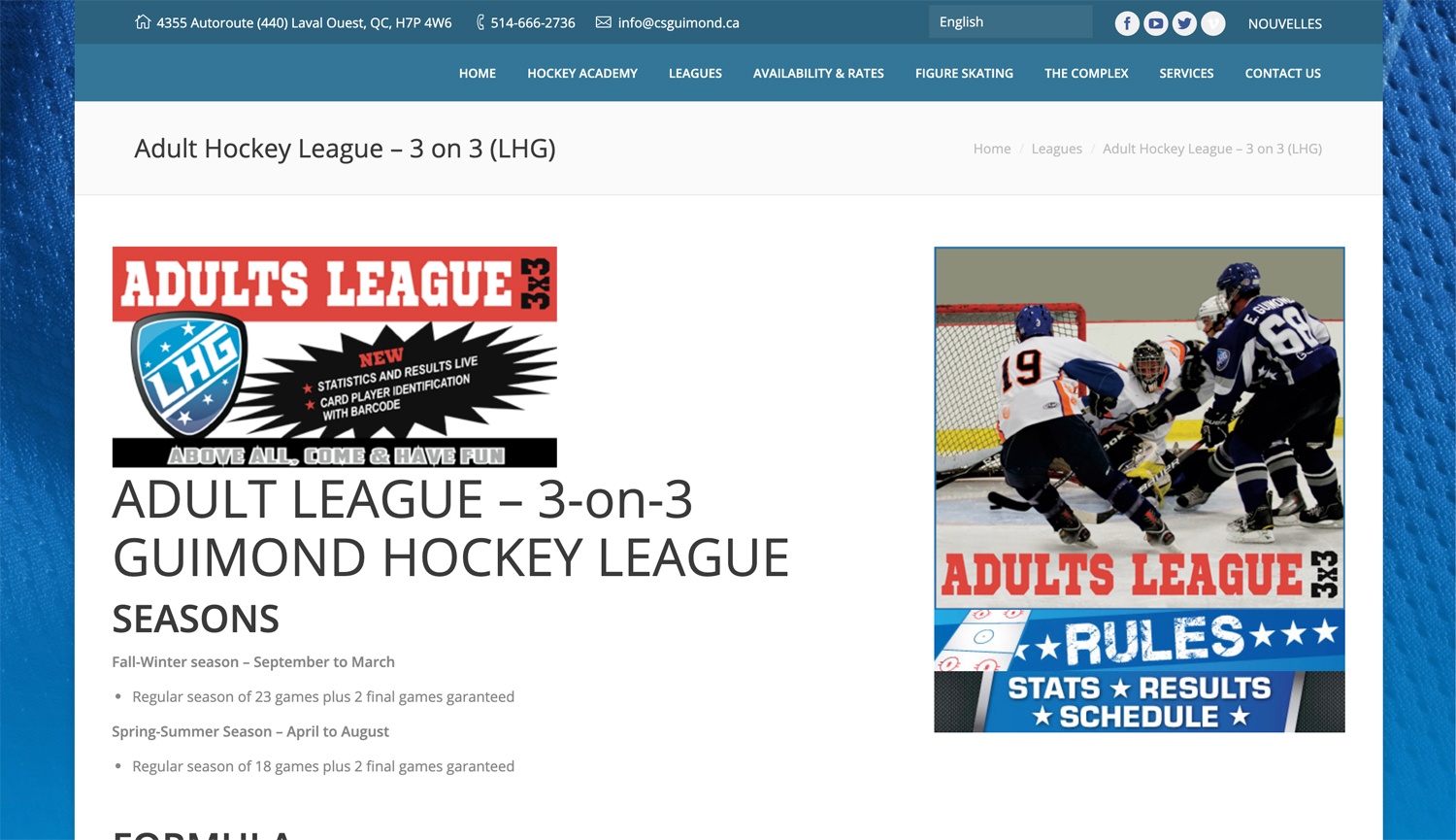 Premier Hockey Association is another recreational league that offers 3-on-3 hockey.

The league is hosted at Hockey Etcetera right off autoroute 520 - located at the center of the island.

With 25+ teams and 4 divisions offered during the Summer and Winter seasons, your team should find a home no matter the playing calibre.

In addition, if you are looking for an arena that will pamper your needs - from the locker room to the ice and back - look no further than Hockey Etcetera.

Below is a short list of details regarding the facility: 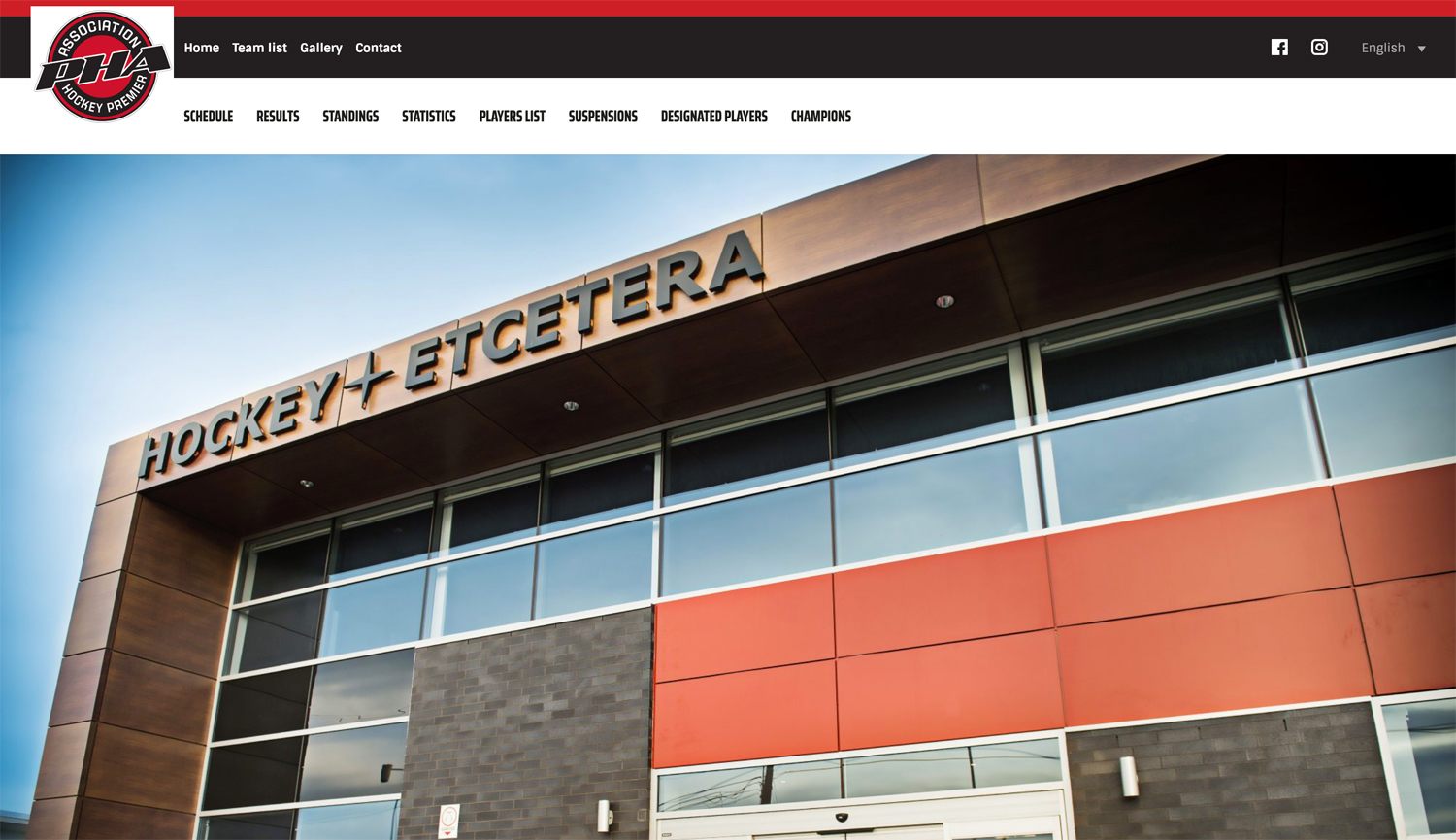 As the name suggests, Premier Hockey League has players with premier talent in their ranks. This is an amateur league with some serious skill.

Don’t believe us? Type in the names of their top scorers in hockeydb.com to reveal a list of former players from Quebec Junior level.

But not to worry though, they host 3 divisions during both their Summer and Winter seasons and will assign your team to the proper level.

Lastly, league games are played throughout the island of Montreal and they guarantee 2 experienced officials, water bottles and pucks, in-game music and more. 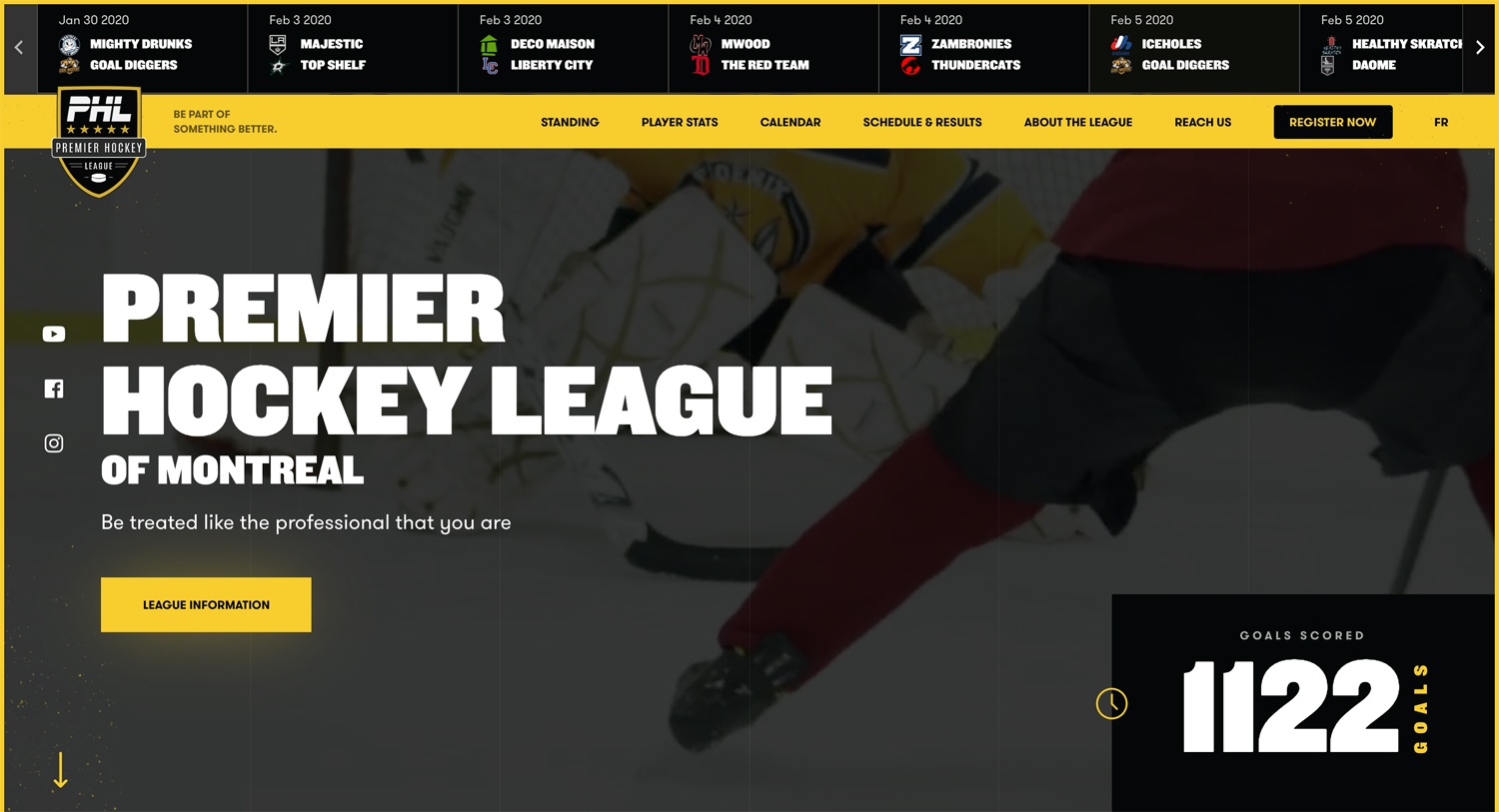 Concordia Ice Hockey League is an intramural league hosted at the Ed Meagher Arena, at the Loyola Campus in Montreal West.

During the winter season, teams are evenly split between 5 divisions. In addition, they are open to external participants and existing students or alumni.

With their low entry price point, they are definitely a league to consider joining especially if you live in the Montreal West area.

MTLHL is a recreational hockey league hosted at both the Vincent-Lecavalier Arena in Ile Bizard & Beaconsfield Arena.

If you live in the west part of the island, this beer league should be on your radar.

The league can accommodate up to 16 teams and games are played during weeknights (Tues-Thurs).

On top of keeping track of individual & team stats, MTLHL provides full video coverage of each game, uploaded on their website regularly.

LFA Hockey has been around for over 20 years now, founded originally amongst players who are childhood friends.

Their games are all hosted at Collège Notre-Dame Arena, off Queen-Mary Road.

Games are played on Saturday and Sunday during the Winter season between 2 and 8pm. During the summertime, games are played either on Thursday or Sunday also at reasonable hours.

Lastly, this amateur league consists of 10 teams split between 2 divisions - one for advanced level and the other for intermediate level players.

It should come to no surprise that you can play ice hockey throughout the year in Montreal.

In fact, we only scratched the surface of leagues available to join in and around the city. Just think about all the city arenas that are open late at night and weekends.

There are many city-organized leagues and some semi-private leagues where players are required to tryout.

However, we only included Montreal hockey leagues that will welcome your team whether it’s a powerhouse or full of pylons.

The best time to reach out for registration is two months prior to season start. That is typically in March for Summer and July for Fall/Winter.

Did we forget to mention any other amateur beer leagues in the area?