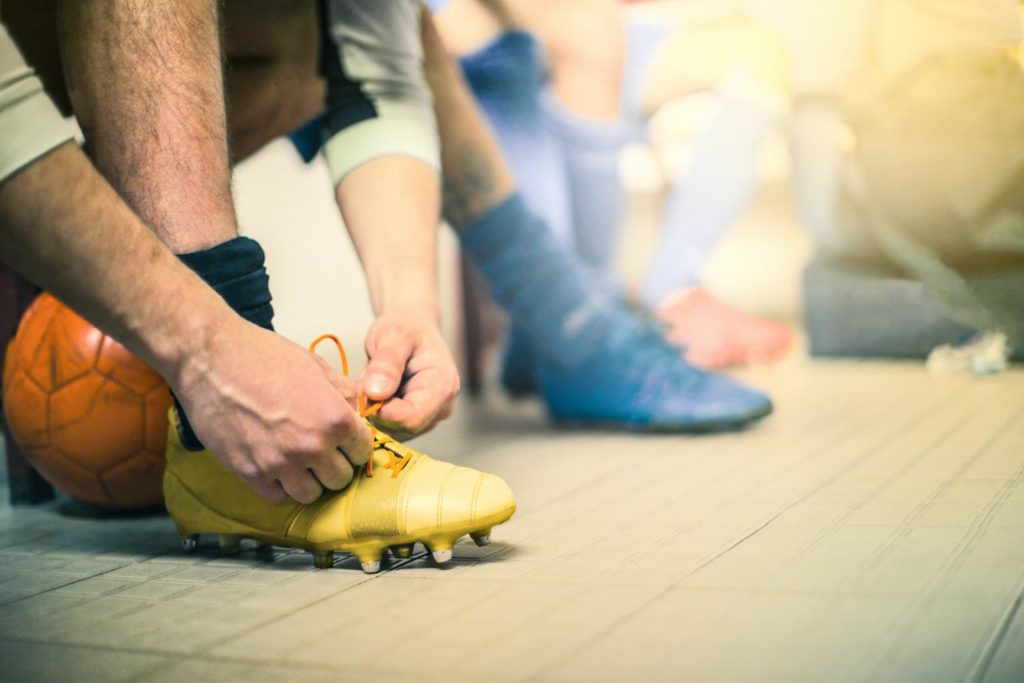 Is your team ready to join one of many amateur Montreal soccer leagues this season?

Soccer (known worldwide as Fútbol) is ranked one of the top team sports played by young Canadians today.

The game is easy to learn (yet, hard to master!) and has a low cost to participate. Given these facts, it is not surprising why the sport continues to grow in Canada.

For those of you who don’t know, the Montreal Impact is our professional Soccer team.

Since joining the MLS in 2012, the Montreal Impact is now 1 of 3 Canadian teams competing at the highest level of Pro Soccer in North America.

Certainly, the Impact’s success has the potential to develop an even larger fan base and homegrown future stars.

For some of us, the dream of playing in the FIFA World Cup is now all but a fantasy. For the country, just the chance to qualify again would be historic.

But that doesn’t mean you couldn’t recreate some of the glory and magic as seen in the highlight reels.

You have the option to join a recreational soccer league nearby. So where can you play in Montreal with just the right level of intensity and that meets your skill set?

Where can I play soccer in Montreal? 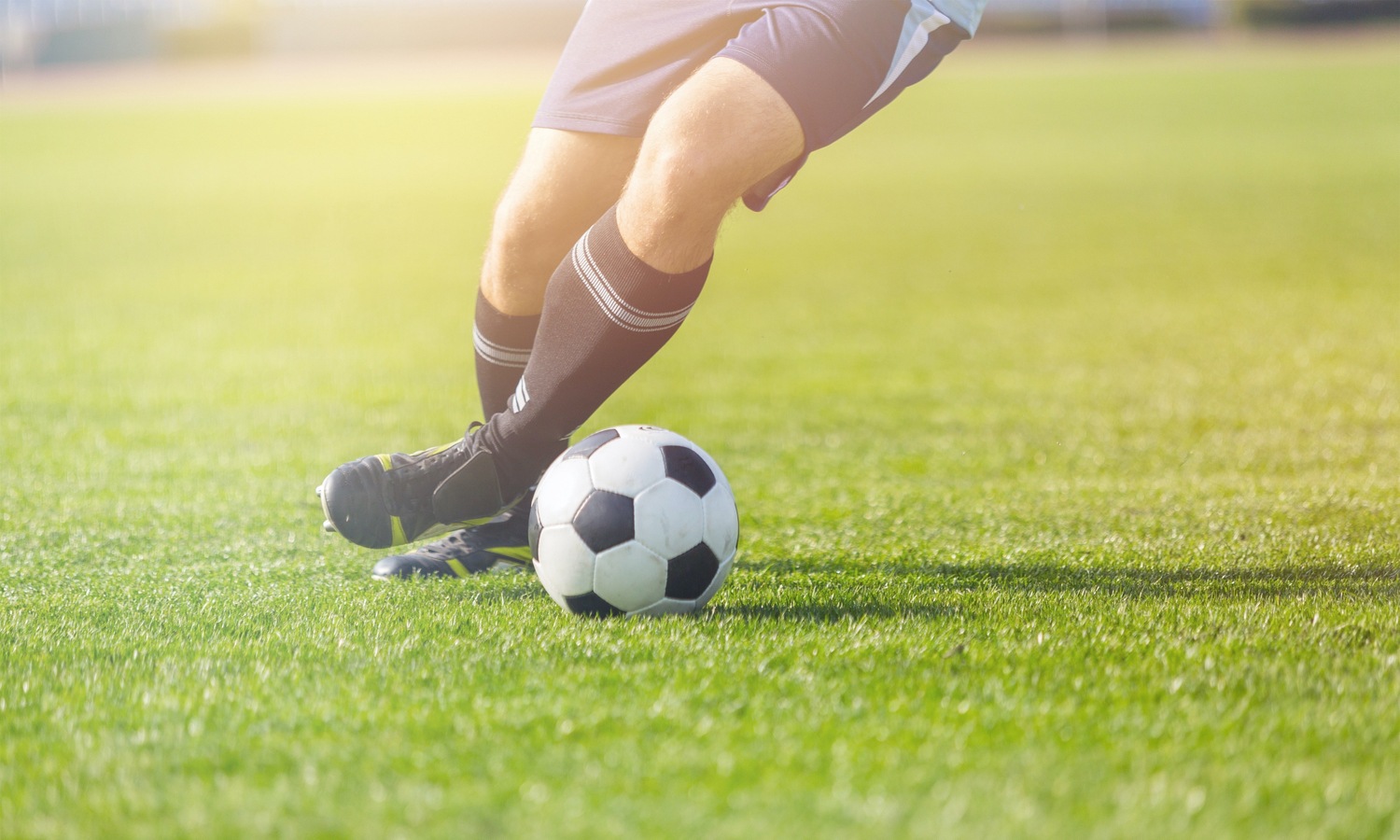 Below, you will find a list of 11 active Montreal soccer leagues. Each league has something unique to offer.

You can start playing at any time of the year.

Are you looking for a short or long season? Do you want to play indoor, outdoor, on turf, synthetic grass or futsal?

With over 200+ teams and 28 divisions annually, Montreal Friendly Soccer League one of the largest adult soccer leagues in Montreal.

Montreal Friendly Soccer League was founded back in 2006 while the demand for recreational soccer was beginning to grow. They started off with only 4 teams and was an instant hit.

As expected, they cater to male, female and coed divisions for both 7x7 and 5x5 player formats.

What sets them apart is that they allow you to register for 6 different seasons, so you don’t have to wait too long to organize a team and start playing.

As described in their name, they are a friendly league and frown upon players that are excessively competitive.

Another league to consider with a large team and player count is the Canadian Corporate Soccer League.

In the last year, they had 200+ teams registered across 28 divisions - divided between summer and fall/winter seasons.

However, this upcoming summer season (2020), they will be adding 5x5 format as well.

Most of their games are hosted at Concordia Stinger Domes (Loyola Campus) or Catalogna Soccerplexe.

Furthermore, you may want to look into registering for their 10-week mini-seasons with a very low introductory price.

Lastly, they are only one of 3 major leagues that feature the 11x11 versus format, which may play a factor when considering to join.

When it comes to QSL Soccer, you are guaranteed to play at a single location at all times - the Catalogna Soccerplexe in Lachine.

This is true for virtually every division, except their Brossard division for females. So if you live in the South Shore area and you are female, make sure to check it out.

QSL Soccer is yet another impressive adult soccer league consisting of 200+ teams and again 28 divisions.

Just as CCSL (#2 on our list), QSL Soccer offers both 11x11 and 7x7 versus formats for male, female and mixed divisions.

Lastly, QSL Soccer caters to additional age categories including Men over 35, Men over 40 and Men over 50. This can definitely play a factor to the older male crowd.

Also known as La Ligue Québecoise de Soccer Calcetto in French, this adult soccer league was founded back in 1994.

As stated in their website, “QCSL is the only league in Quebec that prides itself in hosting ‘arena style’ leagues system of play”, which is played with boards to help speed up the game.

Furthermore, the league consists of 150+ teams and 17 divisions catering to male, female and coed divisions in 5x5 versus format.

Also, most games are hosted in Laval and Rosemère, which is favorable to those living in the greater Montreal area.

With 70+ teams and 10 divisions, Montreal Soccer League is another impressive to soccer league to join in Montreal.

The league caters to male, female and mixed divisions hosted mainly at the Catalogna Soccerplexe in Lachine.

During the Winter season, games are played on Monday, Tuesday and Friday nights.

Furthermore, they offer both 11x11 (Summer) and 7x7 play and each team is guaranteed 16 games per season.

As stated in their website, the adult league’s aim is “to finance its children’s program to offer sports, artistic, and cultural activities to children of low-income Montreal communities”.

Sports Passion Montreal has a devoted support group with 50+ teams and 9 divisions registered throughout the year.

The league offers both 7x7 and 5x5 versus formats both during the fall/winter and summer seasons.

Lastly, they cater to male, female and coed divisions while hosting games in and around the Outremont area.

The league versus format is 7x7 during the winter season and caters to male, female and mixed divisions.

Furthermore, all the games are played at St-Jean-Vianney College - close to Pointe-aux-Trembles in East Montreal.

What is truly unique to QRSL is that they offer a women's over 18 & over 35 division.

Also, make sure to contact them for details on their summer season.

The Silver Heads Calcetto League caters to 22 teams and 3 divisions.

They do make an exception for the goalie position in the veteran divisions – they can be as young as 35 years old.

In addition, games are scheduled in and around the Saint-Léonard area.

Lastly, it is noteworthy to mention they’ve offered both female and over 35 divisions in the past. So if the location is ideal for you, ask them if they plan to restore these divisions for Winter 2020-21.

The divisions separate players by skill and experience.

Furthermore, GCMS League is played in 7x7 versus format.

Hence, if you are looking for an adult soccer league that plays at the Stinger Dome at Concordia (Loyola Campus), then message them for the fall/winter season.

Games are played in 7x7 versus format.

Furthermore, all games are currently hosted at the Complexe Sportif in Saint-Laurent.

The Montreal Recreational Soccer League is a 11x11 versus league.

Moreover, it is hosted at the Centre Communautaire Sarto-Desnoyers in Dorval and runs between May and October.

In case you’re ready to field a full squad and live in the West-Island area, you can reach out to them by the month of March for eligibility.

Lastly, the MRSL games follow FIFA rules and are scheduled on Wednesday or Thursday evenings.

There is definitely no shortage of amateur Montreal soccer leagues to join.

In fact, our comprehensive list makes it easy for you to find a league nearby wherever you live on (or off) the island.

Furthermore, you have the luxury of playing indoors or outdoors (if weather permits). You can also select your level of competition, choice of surface and versus format.

As mentioned, if you and your friends are anxious to get started, most of these leagues are ready to accept new teams - at minimum - twice a year (Summer & Winter).

Just make sure to connect with the league organizers 2 months ahead of their start dates to secure your spots.

Did we forget to mention any other Montreal soccer leagues in or around the city?

Did you want to check out other sports leagues to join Montreal? See here.