How Many Captains on an NHL Team? 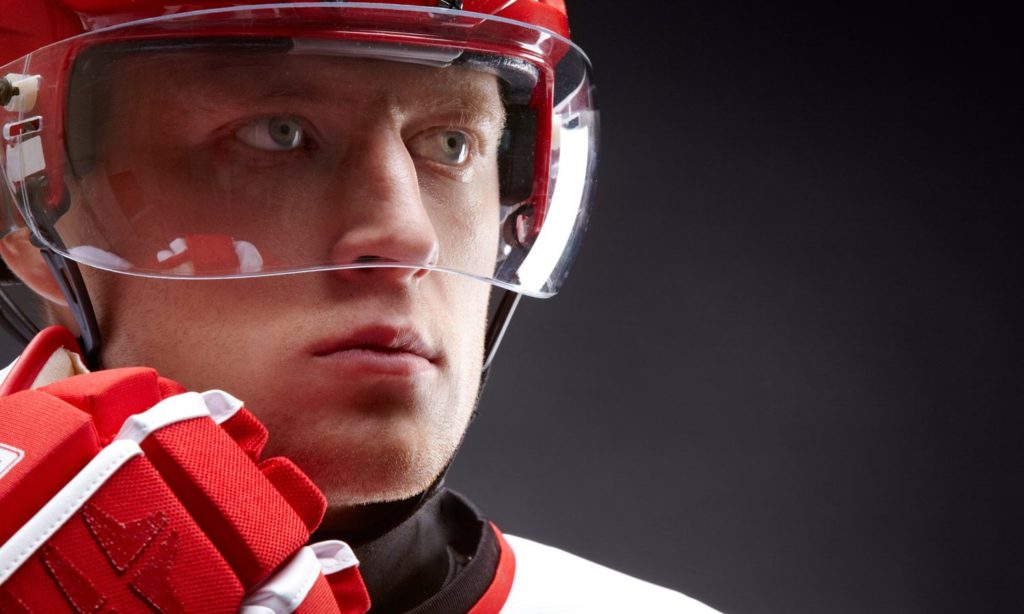 Every NHL team is allowed a maximum of 23 active players on their roster. And only 20 of those players can to suit up for each game.

With so many players on the team, expect to see a mixture of different personalities and opinions.

Typically, you’ll see one or several players take on the role of team leader(s). So, it’s important to have a unifying figure in the room to communicate both with the coach and the rest of the team.

The team captain is usually selected by the general managers or coaches and in some cases, voted in by the players.

Often times, the individual selected as captain is the most respected player in the locker room.

But as team captain, there also comes on-ice responsibilities. These responsibilities are outlined in the NHL rulebook such as for when captains must relay a message between their coaches and officials.

We’ll take a deeper look into this later.

In the end, the captain has dual obligation from a team and a league standpoint.

You can figure out which player is the team Captain by looking for the letter “C” on the front of their jersey. It is visible on the left side just above the team logo.

In addition, you might also see players wearing an “A” in the same place. The “A” stands for Alternate Captain.

With multiple players wearing either the “C” or “A” on the same team, you might have asked yourself…

How many captains on an NHL team?

Only one Captain can be assigned per game along with up to two alternate captains. If the team doesn’t have a permanent captain, they can suit up to three alternate captains (minimum of two per game). Furthermore, teams cannot assign the captaincy (C) to more than one player at a time.

Can a team change their captain or alternates during the season?

Teams can replace their captain or alternates at any time during the season.

Most of the time, teams will designate one player as their captain for the full year. However, you might see a change in captaincy due to injury, in-season trade or because teams prefer to rotate their captains every month.

The same situation applies for alternates. In fact, teams are required to replace an injured alternate captain if they don't meet the minimum requirements (at least 2) for game time.

Can an NHL goalie be team captain?

According to the NHL Rules, goalies are not allowed to serve as team captain. Nor can any of the coaches or managers for that matter.

However, you might recall that back in 2008, Roberto Luongo of the Vancouver Canucks was recognized as Captain of his team. The NHL Rulebook had in place the same set of rules so Luongo couldn’t officially wear the C on his jersey.

Interestingly, he ended up painting the C on his goalie mask for recognition.

But he was never allowed to discuss any important in-game rulings with officials. Only his alternate captains were allowed.

More below on how the “Durnan Rule” was implemented by the NHL, prohibiting goalies from being team captains.

What are some of the responsibilities of the captain during games?

Only captains and alternates are allowed to approach and speak with officials by the referee crease. This crease is usually found by the boards of center ice, opposite to the player benches.

When there is a call that’s made on the ice where teams need more clarification, the captain or alternates are sent to talk with the officials. As an example, you’ll see them speak with referees to determine why some penalties are called or to convey any warnings back to their coaches.

In addition, you will see captains participate in unofficial duties such as ceremonial puck drops, handshakes and other pre-game events.

History of the NHL captaincy rule

Back in 1925-26 (source), the league first introduced the rule that would only allow team captains to speak with referees. Prior to then, any player could go speak with the officials.

To be clear, you’ll always catch players speaking with the referees during a game. However, there are limitations including when it comes to discussing rulings on the ice and especially when officials found in the referee’s crease.

Most of the time, referees will warn unruly players or coaches when they’re pushing the limit and direct captains to speak with them.

In 1932-33 (source) the NHL implemented a rule that required either the captain or alternate captain to be on the ice at all times. Back then, teams were only allowed to have 14 players in uniform.

As a note, this rule is no longer in effect.

Teams can put out any player they want on the ice. In between whistles, the coach or referee can instruct the captain (or alternates) to come on the ice and speak with the officials.

As of the 1948-49 season (), the NHL barred goaltenders from ever being allowed to serve as team captains (or alternates).

The rule was implemented following complaints made by other teams against goaltender Bill Durnan the season before.

They accused the Montreal Canadiens goalie of leaving his crease at key points of a game to discuss calls with the referees. It’s believed that he used this tactic to provide his team with unscheduled timeouts, allowing for certain players to rest (source).

Who is the longest serving captain in NHL history?

Steve Yzerman holds the record for most years as team Captain. He was captain for the Detroit Red Wings for 20 consecutive years between 1986-2006. As captain, he won 3 Stanley Cups and earned the Conn Smythe trophy as most valuable player in the 1998 playoffs.

There is no rule that requires an NHL team to appoint an official captain for the season.

However, coaches are still obligated to assign at least two players (3 maximum) to represent the team for each game. These players are given the role of Alternate Captains and must wear an “A” on their jerseys.

The captaincy is usually awarded to the leader in the locker room. They can be appointed by the coach or management, or even by player vote.

Captains (or alternates) serve as a communication channel between coaches and on-ice officials. The referees can ask the captain to relay messages to their coaches or vice versa.

These messages usually consist of either inquiries or interpretations of the rules during gameplay.

As a note, when a team captain is assigned, at least one other player must be designated as Alternate Captain (maximum 2) for every game. There can never be more than one designated captain per team.