What does And-1 mean in basketball? (Top 10 Leaders) 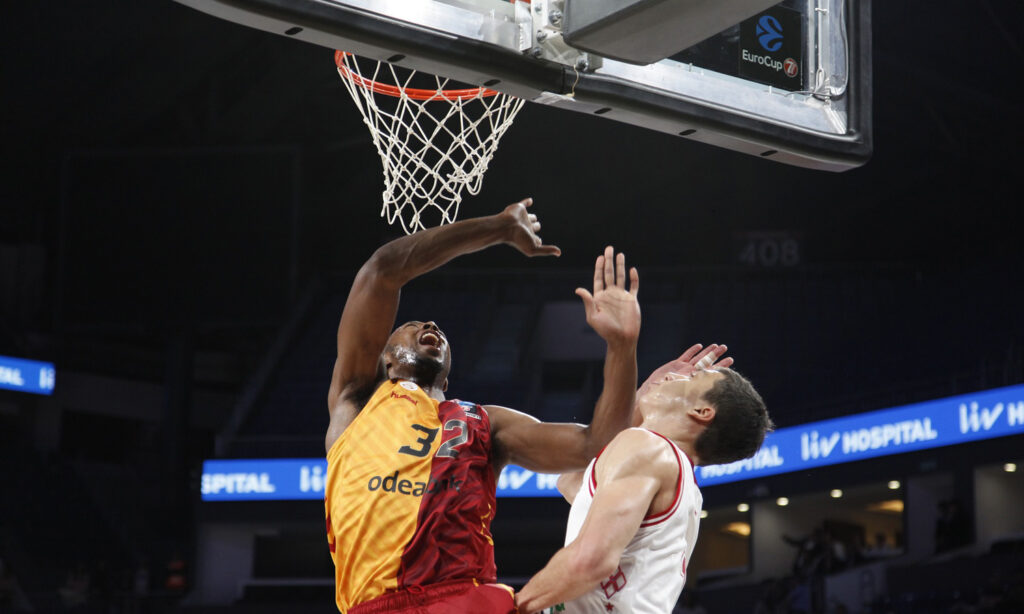 If you’re relatively new to basketball, commentaries from the announcers can often leave you scratching your head.

You’ll have to become familiar with terms such as “pick-and-roll”, “alley-oop”, “triple-double” and so on.

One of those terms you’ll also hear them say is “and-1”.

What is interesting about this term is that it involves a particular sequence of events to occur just for the expression to be mumbled.

Yet it happens quite often in every game.

What does And-1 mean in basketball?

And-1 means a basket plus a free throw. The free throw is awarded to a player who was just fouled while scoring on a field goal attempt. The player can earn an extra point on a play that would normally yield only 2 or 3 points without the foul call.

If it’s not clear to you yet, let me explain exactly when to expect the announcer to shout “And-1” and how the player can collect more points on the play.

And-1: Sequence of Events

To make clear, the announcer will declare “And-1” in the sequence of events:

And for the sticklers who just read my list and said to themselves “Actually…”.

It’s also possible that the referee will call the foul first, followed by the player attempting their shot and scoring.

As a note, you cannot have an “And-1” if the player misses the field goal while getting fouled.

And if that’s the case, the player will get the exact number of free throws for the amount of points they attempted to score on the play prior.

So, if the player were to shoot a 3-pointer and missed, they will be rewarded with three free throws on the play.

Where does the term And-1 come from?

I’ve searched far and wide for the origin of the And-1 expression and couldn’t pinpoint it to anyone nor an exact date.

To the very best of my knowledge, TV announcers have been using it since at least the 80s or early 90s.

The And-1 Footwear and Clothing Company was established back in 1993 based on the term, so we know it must have been popularized before then.

Another way some TV announcers describe “And-1” is by saying the player got the “hoop and the harm”.

Hoop for scoring the basket on the play.

Harm for getting fouled during the shot attempt and being awarded with the free throw.

TV announcers typically come up with these catchy expressions to summarize the most recent event(s) on the court.

As mentioned earlier, the occurrence of 3-point plays involving a basket plus a free throw is quite common in NBA games.

Unfortunately, the league does not track these stats, which makes it nearly impossible to know who is the league’s best.

Furthermore, you’d also have to separate out free throws from successful field goal attempts versus the unsuccessful ones.

And if you are even more of a stats freak, you’ll want to know which players were also successful on the “and-1” free throw attempt.

All this to say is no one knows for certain who’s the cream of the crop when it comes to “And-1” scenarios.

But there are some folks who’ve monitored the leaders of a rarer feat known as the 4-point play!

These are the players who’ve scored on a 3-point attempt and the subsequent free throw.